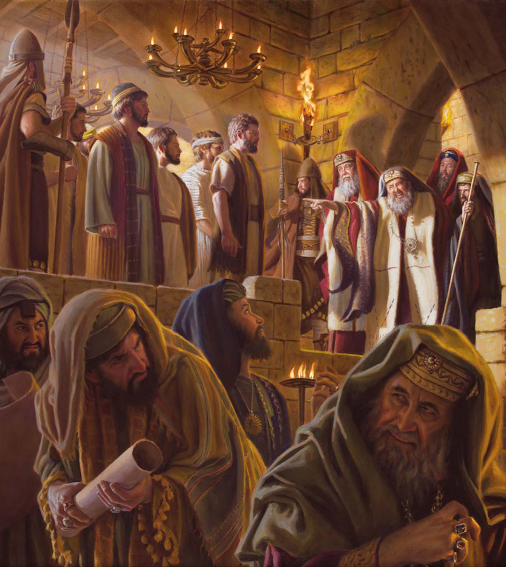 The high priest questioned them,
“We gave you strict orders, did we not,
to stop teaching in that name?
Yet you have filled Jerusalem with your teaching
and want to bring this man’s blood upon us.”
But Peter and the apostles said in reply,
“We must obey God rather than men.
The God of our ancestors raised Jesus,
though you had him killed by hanging him on a tree.
God exalted him at His right hand as leader and savior
to grant Israel repentance and forgiveness of sins.
We are witnesses of these things,
as is the Holy Spirit whom God has given to those who obey him.”

The  Church of the first century was almost invariably law abiding, beginning with Jesus’ teaching that taxes should be paid to Caesar and compassing Paul’s reiterated advice that Roman authorities, especially the Emperor, were to be respected and obeyed as ministers of divine providence,  understood as having been sent to punish evil and to reward good (I Peter 2:13-17, Titus 3:1).   We have the evidence of Pliny, governor of Bithynia, that Christians had ceased their meetings on the Emperor Trajan’s command, and we have the testimony of Saint Clement embedded in his prayer for the Roman state, in which he prayed for the emperor, probably Hadrian: “Thou, Master, hast given the power of sovereignty to them through Thy excellent and inexpressible might, that we may know the glory and honor given to them by Thee and in nothing resisting Thy will” (41).   In the age of revolution in which we live, an era in which Jesus the revolutionary has been a popular figure, historians have often faulted the Church for its complaisance with authority, but the evidence is unambiguous.

As far as our sources go, the martyrs and those who described their sacrifices usually left  unvisited the question of the motives of the persecutors.  When they might justly have loudly proclaimed their persecutors to be judicial murderers and themselves victims of an unjust tyranny, such evidence as exists suggests that they saw their deaths as the will of Divine Providence.  There is no account that they railed against their persecutors.

But in the text superscript from Acts we see the apostles rejecting the command of the high priest that they cease teaching in Jesus’ name.  To this order the apostolic reply was, “We must obey God rather than men.”   The apostles had been commissioned by Christ Himself to be His witnesses, a commission they would fulfill with their lives (Acts 1:8, Luke 24:48-49).   Paul spoke for them when he wrote to the Corinthians “For if I preach the gospel, I have no reason to boast, because an obligation is    laid upon me; yea, woe is unto me, if I preach not the gospel!” (I Corinthians 9:16)    There would be other situations, when for example civil authority commanded evil, commands Christians would not obey, but the most obvious and common situation that would evoke disobedience would be the situation in which civil authority would say with the high priest, “Stop peaching in that name” To which the answer would be, “We are His witnesses,” and we are under obligation to teach in His name.   Christians would pay taxes; they would after a time serve in the army.   But witness they must.   From the person who refuses to bake a cake for an event celebrating what she knows to be sin to the bishops and faithful of the underground Church in China Christians are still bearing witness to what Scripture calls “the world.”

Much has been written about the reasons that lay behind the persistent if sporadic persecution of Christians by the Roman state, which seemed to work against the civic interest, for Christians were pacific, tax-paying folk who cared for their own.  Except when forbidden to witness, or when their witness was used as an excuse for persecution, Christians were complaisant citizens.  Whether it was their mere existence that provoked their pagan neighbors to a call for their extirpation or whether it was the awareness of the Roman state that Christians’ beliefs relativized the authority of the state, Christians could not be left in peace.   To ordinary Romans Christians seemed to be stubborn enemies of the presuppositions on which civic life was based.  The attitude of Americans toward communists in the 1950s might be a near analogy.  And surely the nascent bureaucracy of the empire understood at some level that the appeal of Christians to a  transcendent order that as it empowered them lay beyond the reach of policies and legions, that this appeal  undermined the very foundations of Romanitas.

Inevitably, Christians won this war of wills, not through violence, not through disobedience, but through steadfast adherence to the truth implied in the apostles’’ refusal to obey the high priest because they were obliged to witness to the resurrection and power of Christ.  Whether this war can be won in the twenty-first century is the question that is now before the Church.  It was possible to defeat a persecuting empire with fidelity and suffering. Whether Christianity can survive a culture of comfort in which the state is in loco parentis, dulling the sharp edges of that reality that teaches the lessons of life, and undergirded by  the bright darkness of technological transcendence over nature, would seem on present evidence a near thing.  There is no example of the survival of a vigorous Christianity in a socialist state, whether that socialism be democratic or authoritarian.

Now it is precisely the ability to witness that is under attack.  At present nobody objects to your going to church on Sunday, but a football coach may not pray at the fifty yard line after the game because his doing so is a public witness.  The interests of irreligion have won in the battle for public schools   The name of Jesus may not be mentioned or the Bible read in government schools operated, with some regional differences, on the presuppositions of Marxism and the positive value of carnality for seven-year-olds.   To ask His blessing on the place and project of learning would be a witness.   But in one important respect the ability and power to witness cannot be forbidden: “Let your light shine before others, that they may see your good deeds and glorify your Father in heaven.”  Nobody can prevent that witness.