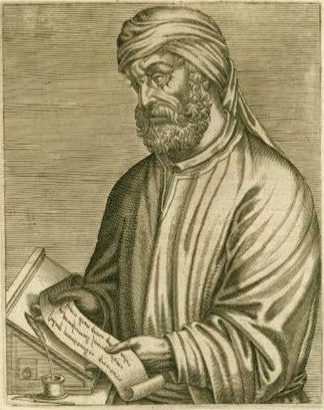 The second decade of the second Christian century saw the Church go through a crisis during which that which before was unresolved was clarified and established.   The topics thus canvassed were the status of the Johannine literature, especially the Gospel but also the Apocalypse in the emerging canonical literature of the cosmopolitan Church, the uses and abuses of the gift of prophecy, the management of souls with respect to the forgiveness of sins, and in a broader sense the relation of Christians to the post-Hellenistic world as the Church moved into the culture and the culture into the Church.

The career of Quintus Septimus Florens Tertullianus cut across in a controversial way each of these issues but the first.    Born in 155, son of a centurion of the proconsular legion, Tertullian began as a lawyer, an advocate, necessarily well-versed in the literary inheritance of Rome, a skilled rhetorician.   We do not know why he became a Christian in 193 at about the age of thirty-eight, but we do know that he brought to his new profession all the zeal, every talent, and a lawyerly intellectual formation that caused him to write as though arguing a case, giving no quarter and always expecting a decisive judgement.   Between 193 and 207 Tertullian was part of the Catholic Church of Carthage,  For the last thirteen years of his life he was a member of and advocate for the New Prophecy, called by its opponents Montanism with reference to its putative founder.

The New Prophecy may be understood in dramatically different ways.   Its advocates saw it is the perpetuation and development of an ancient and essential gift, a gift encouraged by Paul, instantiated in the office of prophet in the apostolic order by apostles, prophets, teachers, and defended by Irenaeus.  That two of the principals of the movement were women would not have necessarily counted against it; the prophetess Anna is quoted in Luke, the Apostle Philip’s prophetic daughters were famous in Hierapolis Salutaris in Phrygia.  From a somewhat different angle the New Prophecy, sometimes called the Phrygian heresy, was viewed by the regular hierarchy as bearing an ineradicable heretical taint.  The great prophetesses of the New Prophecy, Maximilla and Priscilla, admired by Tertullian were considered dangerous if not immoral.   One senses that  the existence of the New Prophecy threatened a hard-won ecclesiastical order for that was the history.  In the Didache prophets are viewed with great reverence and a certain distrust, for while their charismatic gifts made them impressive, especially when compared with the newly important order of bishops, there must have been a history of abuse, for the great liturgical latitude granted   prophets was matched by the caution that they should not stay longer than three days.  So the New Prophecy may have been defended as the perpetuation and development of ancient practice.

And above all the New Prophecy stood for moral renovation based on  willing distancing of Christian life and manners from a culture seen as “the world.”    Central to Tertullian’s theology was a polemic against what he perceived as failure of discipline under the influence of what he saw as a newly emergent practice of forgiving serious or mortal sins such as adultery freely upon evidence of contrition and the acceptance of some form of penance, a penance that might, or over time might not, involve exclusion from participation in the Eucharist for long periods.  The forgiveness of mortal post-baptismal sin, never, or only one, or freely was an issue unresolved that had much occupied the Church in the second century.  Perhaps part of the problem was the realization of the implications of the subjectivity of the Sermon on the Mount, the command that Christians were to be pure in heart.  Perhaps an early appearance of a popular literature that vexed the question of the meaning of purity of heart was a novella-like book called the Shepherd of Hermas. In it the danger of luke-warmness that Tertullian opposes in the early third century is evident in outline.  Hermas is chilled because his involvement in business is driving him away from God and because he has not governed his family with strictness, so that his children may be lost to the faith.   But more than these concerns there is the anxiety caused by the fact that he has looked with impure desire upon the lady Rhoda.  Can this be forgiven, or forgiven more than once?   The Shepherd may not give a decisive answer. It seems to hold the line on the proposition that serious sins may be forgiven only once but in its parables and images it seems to hold out hope of mercy.

Tertullian’s Christian is made of sterner stuff.  A crisis was provoked, or this is one common interpretation, by the election of Callixtus to the see of Peter in 217.  Callixtus believed that even serious sins could be forgiven, and that perhaps more than once.  Hippolytus called this the practice of the school of Callixtians.    The bishop whom Tertullian upbraids for following this practice may or may not have been Callixtus, for the practice spread.   It is not possible here to review the subtleties of penitential practice in the Ante-Nicaean Church, but one can see that the generous forgiveness of even serious sins would  militate against the very existence of the pure Church Tertullian the Montanist envisioned and believed he had inherited.

Tertullian saw this weakness as the result of a demonic surrender to the culture, and to stave it off he wrote.  In his catholic days he wrote against heresy, against the pseudo-Paulinist Marcion and against the Valentinians and the Monarchian Praxeas.    In his Montanist days he considered the catholic Church his opponent, and wrote in favor of what we might consider an unwarranted rigorism, against any attendance at the arena or the racecourse, where passions would be aroused, in favor of modesty in dress, condemning the use of pigments and jewelry, in favor of the veiling of virgins, by which he apparently meant the covering of faces as well  as heads.  He wrote that it was the higher way not to flee from persecution and wrote in praise of the soldier who would not wear the emperor’s garland on dress parade because Christ was his crown, and who as a consequence was martyred.   Tertullian forbids to Christians many professions,  that of magician or enchanter of course, but also  excluded are teachers and professors of literature.

So the project, especially of Tertullian’s Montanist days, can be described as an attempt, made just on the cusp of the cultural victory of Christianity, to prevent the weakening of moral discipline, and to maintain distance from the culture of decaying Hellenism.  Not an ignoble project by any means.    Involved is the relation between Christian discipline, the discipline of the sacraments, and the Christian virtues.   If Tertullian can in principle be criticized it is on the suspicion that he thought human culture should always be resisted rather than penetrated and in a sense converted.   Dicey.  Which works best is probably a work of inspired imagination, and providence.  The world today has plenty of recent graduates who have set out to write for Christian television but it seems never to come to much, at least not that I have noticed.   When the culture is penetrated by Christian faith you get Dante’s Divine Comedy and Piers Plowman and Shakespeare and in a small, local, and ironic way Flannery O’Connor and Evelyn Waugh.

But when Christianity loses entirely the Tertullianesque  stance, it becomes flaccid and impotent.   The Church of the decades after Tertullian did not follow the path he might have predicted.   What followed as the Church moved into the imperial culture was the unlikely flourishing of the monastic life, in the desert, at Lérins, Marseilles, and especially Nursia, the monastic life being the medicine against dissolution and absorption into the culture, the communities of those who have shut out the world in order to find God.