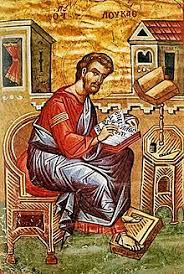 Be sure of this;
if the master of the house had known the hour
when the thief was coming,
he would not have let his house be broken into.
You also must be prepared, for at an hour you do not expect,
the Son of Man will come”

The Gospels are replete with parables the point of which is the importance of watchful behavior until the master of the field, the harvest, the cosmos returns, soon, unexpectedly.     The twenty-fourth chapter of Matthew is a description of the last days of this age, the age inaugurated by the Incarnation that will endure until Jesus returns.   It is a scene with which we are familiar:  wars, rumors of war, the deception of false messiahs, the instability of nature, betrayal, love grown cold.    The Apocalypse of John (8:7-19) is a revealed description of the last days that parallels Matthew 24.

Then Jesus, a having described the world of the last days,  warns that when you see these things, things going on around us, we are to know that the end is not yet, that we are to stand to our duty, to be His witnesses, to be among the faithful whom he will find when he returns.  Jesus tells us that only the Father knows the time of his return, when his appearance will be as the light shining from east to west, when  he will return just as the Blessed Virgin and the disciples saw him go.

Jesus’ second advent is a time of triumph.  Saint Paul gives a fulsome picture in First Thessalonians 4:16.  Christ will descend with the archangel’s shout and the sounding trumpets of God, and the elect, living and dead, will go out to meet him in the air, and so always to be with the Lord.

Yet all this woe and turmoil belonging to these last days is but a  prologue to the day of Christ’s return.   A major family of New Testament parables has as its burden the warning that Jesus would return when least expected.  This is the burden of the parable of the wise and foolish virgins, the wise preparing for the return of the bridegroom with lamps alight, the foolish, having no oil for their lamps, shut out of the wedding feast (Matthew 25:1-13).  As also the parable of the man who went on a journey, having given his servants one, two and five talents respectively, with the provident investor being rewarded and the too-cautious one-talent servant cast into outer darkness (Matthew 14–30). The figure of the thief in the night is ubiquitous in the Christian literature of the first two centuries.

Writings such as the Didache and the Apocalypse of John end with the cry “Come Lord Jesus.”  The expectation of the Church was that Christ would return soon, so soon that Saint Paul thought it improvident to marry, establishing a relationship that belongs to this world when the return of Jesus is imminent (I Corinthians 7:27–29).   The Johannine community expecting Christ to return while their beloved disciple was still alive (John 21:20–23), were disappointed when this did not happen as they had hoped. Time passed, there was disappointment.  In Peter’s Second Epistle there are those who say, “Where is the promise of his coming?”  The world goes on just as it has since the days of the Fathers.  To this questioning Peter provided the answer:  “The Lord is not slow about his promise as some count slowness, but is forbearing toward you. Not wishing that any should perish but that all should each repentance.  But the day of the Lord will come like a thief” (2 Peter 3:8–10).

Perhaps it is not too difficult to believe that Jesus is the Son of God and Perfection of man, but in a post-scientific, post=Darwinian age the historical doctrines of the Christian faith, those events when the supernatural intersects time, present challenges to belief.   Creation out of Nothing, Jesus’s ascent into Heaven, His return in glory bringing judgment and a renewed world.   Of course the gift of faith enables Christians to believe all things.  But on a natural level, defeating the illusion of obviousness is a help to faith.   The Latin obvious is a compound of the preposition ob, meaning against, and via meaning street or road.  The obvious is what is staring you in the face, self-evidently real and true.  For those locked in contemporary irreligion or weak in faith, the world appears as a gigantic, obvious reality, when, while this creation is truly the center of God’s love, in its self-founding qualities it is less than a speck of dust in the eternal light that is the Blessed Trinity.  There is nothing necessary about my existence or yours, nothing necessary about the existence of a little globe, with its sun and moon, supporting historical life for perhaps five thousand years Ina cosmos five million years old, nothing necessary about horses or cats or gazelles or elephants, nothing necessary about tomorrow.    But God has willed that these exist, and that tomorrow will exist as long as he wills.  And so will his creation, whose existence is not necessary, but is a gift, a sacrament of the glory that is to come when Christ will return, fulfilling his promise that at the end of the age lies not destruction—indeed destruction of evil–, but purified,  renewed post-Edenic splendor (Revelation 20–21).

The moral quality of every life is bound up with the question “Whom do you  really want to please?”  Christianity proposes that the truly good life is lived with the expectation that our first duty is to please the now-absent landlord by living a life in thought and action that is pleasing to him.  Be sure of this, that to live so as to please what the apostolic writers call the world, is to live in an illusion.  For the voice of Christ teaches in Scripture and Tradition that “the world passes away and the lust of it, but the will of God abides forever” (2 John 2:17).  In Paul’s words: “Our citizenship is in heaven, and we eagerly await a Savior from there, the Lord Jesus Christ, who, by the power that enables Him to subject all things to Himself, will transform our lowly bodies to be like His glorious body” (Philippians 3:20).   This was the hope of the Church in the beginning;  it is the message of the Church still and until the Day.  Meanwhile it is the vocation of the Church, of God’s elect to live so that when He returns, He will find faith on earth (Luke 18:8)

The importance of our actions as we live through these last days is illustrated in Matthew 24:40-44.   Two men will be in the fields; one will be taken into the Kingdom, one left.  Two  women will be  at the mill; one will be  taken, one left.  Those left behind to endure the wrath that must come before the glory had not prepared their souls for God’s presence.  “You must be ready for the Son of Man is coming at a time you do not expect” (Matthew 24:44).  His coming is very near, just around the next corner, behave in ways that will deserve his judgment:  “Well done, good and faithful servant” (Matthew 25:21).