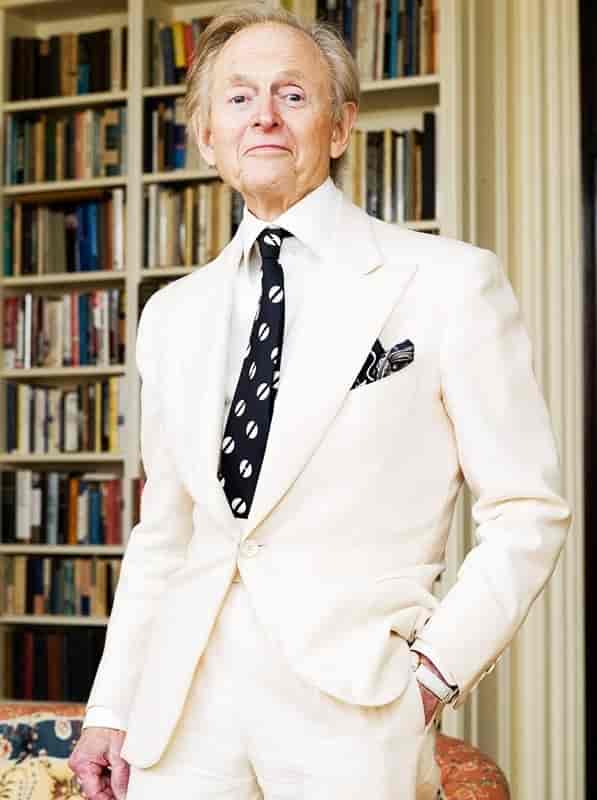 A complicated and brilliant book.  Perhaps the impetus for writing it came from the awareness that science, while in the 150 years that separates us from Darwin, had invented relativity and microbiology, despite intense effort had failed to produce even a compelling theory regarding  the origin of speech.   The story begins with the failure of Darwin, who having been enormously successful in presenting a theory fostered by William Wallace, never got further than, in his 1871 Descent of Man, suggesting that speech evolved from the human ability to imitate the song of birds.  Wolfe is a Darwinian (I think), but he believes on good evidence that Darwin stole his theory from Wallace, who had written Darwin asking him to forward his paper sketching a theory of evolution to Charles Lyell.  Wallace’s paper stirred Darwin into hurriedly writing the Origin of Species.

After that a great silence on the question ensued until Noam Chomsky came on the scene proposing the existence in the brain, or as a function of the brain,  of a language organ containing a basic universal grammar.  Wolfe has a good deal of fun with Chomsky, whom he presents as a somewhat vain and pompous theorist. Then enter Daniel Everett, born in dry and dusty Holtsville, California, destined by his upbringing to a life of insignificance, something in the way of William Wallace, who somehow got saved by his future wife Karen, wound up at the Moody Bible Institute in Chicago, became a brilliant linguist and then became a missionary in the back of the beyond, in the Amazon basin, with a tribe of 350-500 people called the Piranha, pronounced with one short and one long vowel.

No one had ever learned their language, but Everett mastered it, including that bird-song imitations useful for hunting.  So Everett had before him a living laboratory in which these tiny people spoke a language perhaps unchanged for thousands of years.   But it was a strange language, having only a present tense, no word for yesterday or tomorrow, just “other day,” and no word for up or down.  They made no artifacts other than the bow and arrow, the existence of which among them was part of the mystery.  They were merely irritated by Everett’s talk of Jesus, which they politely asked him to drop after a while.  They lived not even in huts but in shelters thrown together of tree branches, shelters the next high winds would destroy, which would make the Piranha laugh and laugh.

But their chief interest for Everett lay in the fact  that they had no language organ containing a universal basic grammar.  This observation opened the way for the conviction that the Piranha language was a cultural artifact.  It had no recursion, a word coined by Chomsky to describe the ability of language to use complex sentences implying many ideas.  “Every sentence stands alone and refers to a single event.”  “The Piranha language comes from their culture, not from any pre-existing mental template.”   This claim was devastating to Chomsky’s theory, and a war of words between Chomsky and Everett ensued.  With the public Everett was the easy winner.  He wrote a best-seller with the title Don’t Sleep—There are Snakes,” which was Piranha for “Good Night.”  If Chomsky’s theory was not defeated it was highly qualified.  So after the silence of a century, during which grave scholars had admitted that they knew nothing of the origin of speech, the idea grew that speech was the ultimate cultural accomplishment, the tool that enabled man to master nature.  The thesis of Everett’s book Language The Cultural Tool was: “Speech is man-made.  It is an artifact and it explains man’s power over all other creatures in a way Evolution all by itself can’t begin to.”   Speech is the dividing line between man and other animals; only speech gives the human beast the ability to make plans . . . not just long-term but any plans, even for something to do five minutes from now.”

The greatest achievement of words has been “the creation of an inner self, and ego.  Speech and only speech gives man the  ability to ask questions about his own life.”    “Only speech gives man the power to dream up religions and gods to animate them, and in extraordinary cases to change history, with words alone and without political backing.”  Jesus, Muhammad, John Calvin, Marx, and Darwin.  Marxism may now be discredited, but his idea of one social class dominating another will be with us forever.  Millions of sexual acts throughout the world would not be occurring were it not for the words of Sigmund Freud.   Mighty men might say the wrong words and tens of thousands of little men would die.  “Word are artifacts, and until man had speech, he couldn’t create any other artifacts, whether it was a slingshot or an Iphone or the tango.” You could lay aside your slingshot or your  Iphone and forget about it . . . But you could not make speech lie down once it had left your lips.   Wolfe suggests that we have entered a fourth Kingdom of Earth, After the ages of animals, vegetables, and  minerals we enter the Kingdom of Speech.  Wolfe concludes his account by telling of his casual page-turning of a book about evolution when, upon seeing the image of apes cuddling their young while the males stamp down under bush to make desks for the night, when he looked up and saw through his apartment windows the New York skyline, with the Marks and the Carlisle ($750 per night, Bose sound systematic, German brass fixtured) framed  against the peaks of the Chrysler Building, the empire State Building, and the Citicorp Building.”

And there Wolfe’s story ends.

A story beautifully told, yet one in which it clarifies the nature and function of language still does not tell us much about the origin of language and speech.   Of course Wolfe could not  offer a theory that says simply that man, being created by the Word in the image of God, with the Word enlightening every man coming into the world, has never been without words and language.  Word does what Wolfe claims for them; he has a magnificent vision of their power, but of the origin of speech he tells us nothing.

It is to be regretted that Wolfe did not or could not go on to remember that Christianity believes that creation exists through God’s speech, that he did not fashion the world but spoke existence where before there was nothing.  And Christianity would agree most specifically with Wolfe’s conviction that words divine and even human have nuclear potentiality.  It was man’s use of speech to defy God that caused the destruction of the tower of Babel and the subsequent linguistic divisions. And there is nothing in Scripture more frightening than the promise that every word we have spoken is known to God and will be heard again.   And above all is the glad fact that the name of the second person of the Blessed Trinity, the savior of mankind, called faithful and true, is “clad in a robe dipped in blood, and the name by which he is called is the Word of God” (Revelation 19:13-14).

Questions remain.  What is the relation between speech and writing, which is the attempt to make speech live and be shared through time.  And what is the relation between words and thought.  Wolfe suggests that one might try to count to ten, just mentally, without using words. And there is the mystery involved in the sudden ability of two-year-olds to speak their language, recursively, a phenomenon that supports Chomsky’s language organ thesis.  But Everitt was surely right that speech is a cultural inheritance, still an irrefutable witness to who you are and where you are from and how you will manage the world.

Finally, this book seems to be Wolfe’s own working through of the meaning and power of speech, a kind of revelation to himself about what he has been doing.