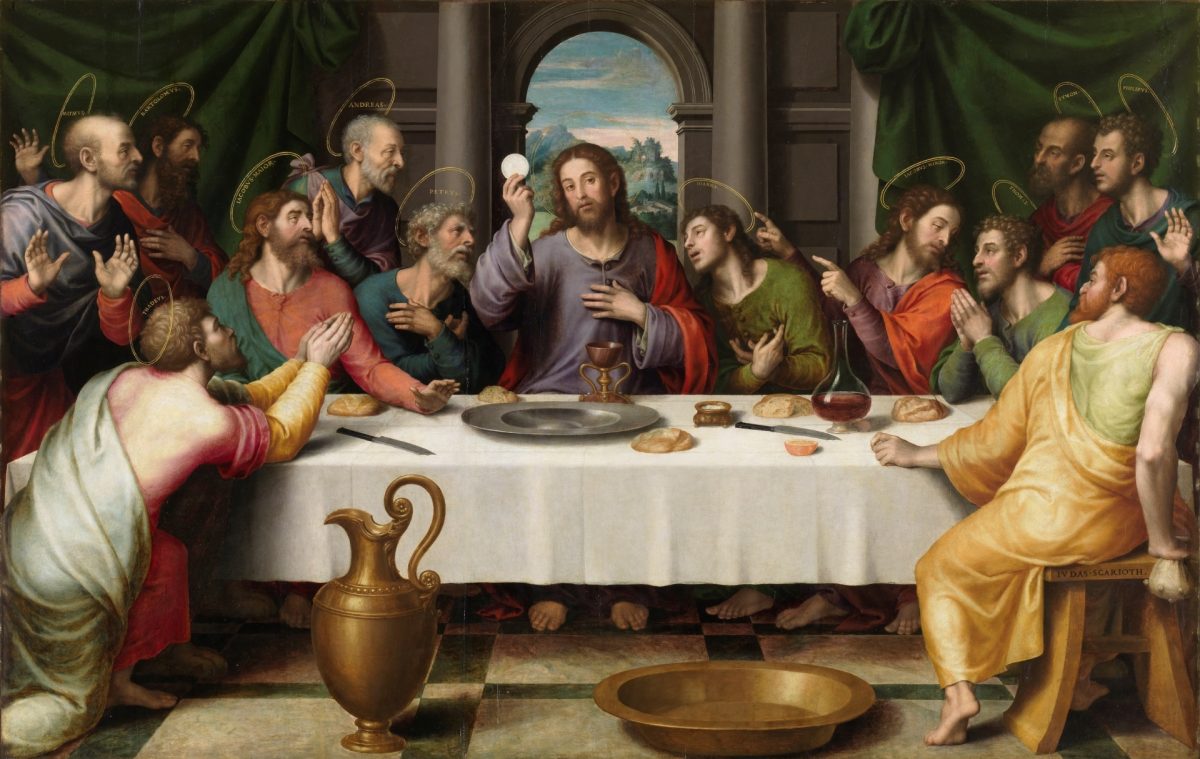 “Do not forget the LORD, your God,
who brought you out of the land of Egypt,
that place of slavery.”

“And these words which I command you this day shall be upon your heart
and you shall teach them diligently to your children.”

“Do this in remembrance of me.”

Among the religions of the Mediterranean world the religion of Israel was distinctive in that it was a community of memory.  The Greeks had no communal story of what Zeus had done for them; indeed paganism had no historical root. There was no time and place when any member of the Olympian pantheon had entered history, but to know an observant Jew has always been to hear the remembered story.  As Stephen was dying, he recited it: the God of Glory appeared to our Father Abraham, and He delivered Israel from slavery in Egypt.  And so Saint Paul, who remembers that after their rescue they were unfaithful (I Corinthians 10:1).    To be a Jew is to remember.  The story did not have a happy ending.   Stephen also recalled the fact that Israel forgot God. They offered sacrifice to idols, and God gave them over to worship the hosts of heaven (Acts 7:42).  As Romans 1 teaches us, God does not always punish sin with plague and destruction or with fire from heaven as at Sodom and Gomorrah; His worst punishment is to let us go, to withdraw His protective hand, to allow us to forget Him.

Augustine gave us the beautiful image  of the palace of memory that contains all of the past, all of our past, our past which is our present.  Furnishing that palace with things good beautiful and true.  It is the arsenal from which we draw judgement and hope.  It is the fact of experience and the work of education to have a memory well furnished.  It is the work of a lifetime.  Perhaps we can understand this terrible time in which we live as the age of chosen amnesia, the age of forgetfulness.  The true history of our country is now seen and taught through the lens of ideological obscurantism.  The books that in the past have formed our imaginations are forgotten.  The one book that formed our character as a people is now closed to many of us; children no longer know th story of Eden, the history of Israel, which is their history too, or the story of the barn-builder or of the lost coin. We have allowed the very mention of Christ’s Holy Name to be pushed out of our public culture.  Like sleepwalkers, we have allowed the schools to which we send our children to be seized by those who believe that forgetting the God of Glory would be beneficial and indeed necessary.  The result, increasingly, is a race that does not remember what it has forgotten, so that the culture is coarsened, sensuality considered normal,  barbarism reigns in the streets, and many, many souls threatened with eternal loss. Meanwhile the ethical and political wisdom of the centuries is forgotten.  Hapless legislators behave as they do at least partly out of ignorance.  They do not know what to do. They have forgotten.  There is a turn of speech that comes to mind when a good person, perhaps ourselves, has wandered from the right path:  we say, he has forgotten himself.  He has abandoned that good self laboriously constructed and must now begin again, perhaps with sorrow and repentance to remember who he truly would be.

The Church of Jesus Christ is constructed from the apostolic memory.  After Christ died on the cross, the twelve had intimations of faith, but memory was uncertain.  Then they remembered that He had told them He must die (Luke 24:8).  Later the risen Christ would explain to them the Scriptures (Luke 24:32).  After His resurrection the twelve remembered that Jesus had prophesied His resurrection (John 2:22).  The twelve did not understand Jesus’ triumphal entry into Jerusalem, but when Jesus was glorified, they remembered Zechariah 9:9.

After the apostolic memory was informed by the Holy Spirit at Pentecost, only two actions were required.  Jesus said, “You are my witnesses for all ages and to the ends of the earth.”   And this: “Remember me.” The principal sacrament the Church offers for the daily road is rooted in memory, for on the night in which he was betrayed Jesus took bread and broke it, took the cup in his sacred hands and said, “This is my body, my blood, do this in remembrance of me.”  Do not forget me; if you eat my flesh and drink my blood you shall have eternal life with me forever (John 6:35-59).  “This,” many of his disciples said, “is a hard saying; who can bear it?” But from the time on the Emmaus road when He was known to the disciples in the breaking of bread” (Luke 24:35) He had been remembered at the altars of His Church.  This Holy Eucharist exists as a reiteration of the sacrifice of the cross, and as a means through which we remember Jesus and in remembering Him, we remember who we are.   And so, remembering the Lord, and remembering the command “Do this,” we are transformed into His likeness by our participation in His very person.  “We all, with unveiled face, beholding the glory of the Lord, are being changed into His likeness” (II Corinthians 3:18).