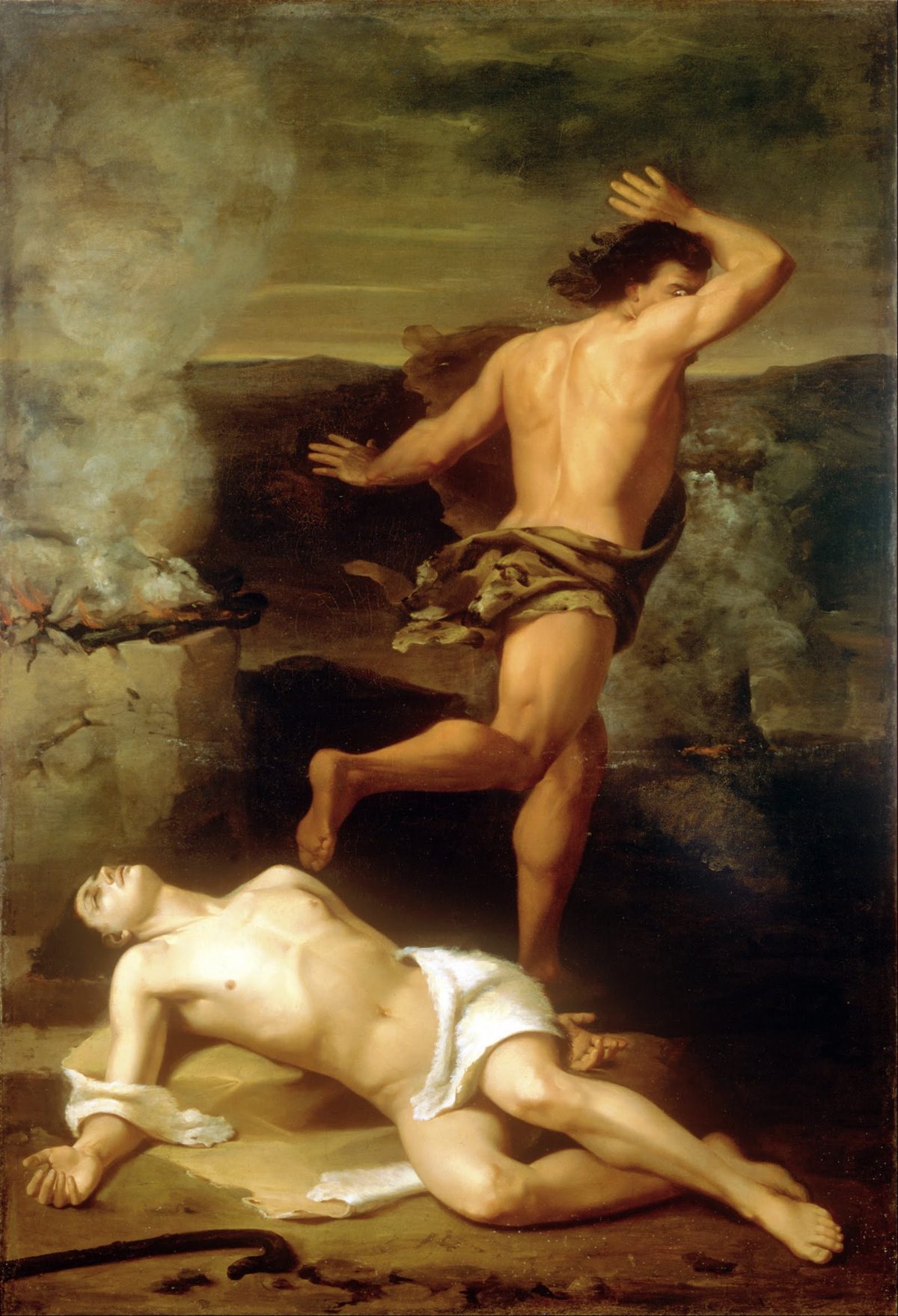 Since the children share in flesh and blood
He Himself likewise partakes of the same nature,
that through death He might destroy him
who has the power of death, that is, the devil,
and deliver all those who through fear of death were in lifelong bondage.
For surely it is not with angels that He is concerned but
with the descendants of Abraham.
Hebrews 2:5–6

This important text occurs in an apostolic letter not securely assigned to Paul until the fourth century.   Born in the heart of a community of Jewish Christians, who must be reminded that Jesus has been counted worthy of much more glory than even Moses, here Hebrews gives insight into a community that has little concern with the Greeks to whom Paul was sent; its interest is in the sons of Abraham.  It is a community that would glory in the Gospel  of Matthew and cherish the advice of the Letter of James.  The author finds this Church in a precarious situation, too much fascinated with the first-born of God’s creation, the angels.  “For to what angel did God ever say, ‘Thou art my son, this day I have begotten you?’”   And again, “Surely it is not with angels that He is concerned, but with the sons of Abraham.”   Perhaps the congregation to whom Hebrews is written had read a work or works such as the Book of Enoch, which is roughly cotemporary with the New Testament, and which contains a very full angelology, including an account of the fallen angels of Genesis 6:1–8.  Hebrews is insistent that Jesus came in flesh and blood because He came to save those who are flesh and blood, who will be joined to Him in Baptism and the Eucharist; and, further, that Jesus had no angelic existence but suffered and was tempted just as we are, in flesh and blood.

Famously, for Paul the problem of living is dying, and in this concern, he was at one with other contemporary philosophers.  The appeal of the atheism of the poet/philosopher Lucretius (BC 99–55), based upon the teaching of Epicurus (BC 341–270), was the assurance that death held no terrors since it ended life, no Hades, no underworld, simply nothingness.  The stoic Epictetus, (BC 155–85) sharing the Platonic belief that souls were created immortal,  proposed that upon death the individual soul joined the great world-soul.  The Christian Paul confronts death squarely.   Death, the reader is told, lies in the power of the devil, from which power Jesus delivers those who believe and who belong to Him.   This He does through His own death, an idea that enjoyed a rich and controversial future in Christendom, with Christians loving and reverencing the cross of Christ without always having a clear idea of its necessity and meaning.

Why does the death of this person at one time set right a world gone wrong, depriving death of its fearsome aspect, and opening the gates that guard the presence of God? Christ’s death turned what must be always the fear lurking in the back of every human plan and desire as we face death into a door that opens upon the real world of glory of which what we see is a fallen copy.  Death has its sting, but it does not have the victory.  In a certain sense the life of everyman is marked by the engagement with death foreseen.  Its herald  named disease is ever seen as the enemy.  We make puny and tentative claims on the future, hoping that our children will thrive and remember.  There are legal documents and provisions that are intended to govern the future.  But for Christians even these occur within a new context.

In the words of the great Athanasius:  “Have no fear then.  Now that the common savior of all has died on our behalf, we who believe in Christ no longer die, as men died aforetime, in fulfillment of the commands of the law.  And that condemnation has come to an end; and now that, by the grace of the resurrection, corruption has been banished and done away, we are loosed from our mortal bodies in God’s good time for each, so that we may claim thereby a better resurrection.

Broadly, the answer is that this world has hidden  from God since in Genesis Adam hid himself, and in that absence and alienation has lived its life as a rebel.  In the day that you eat of the fruit of the tree of willfulness and defiance, making up good and evil for yourselves, you shall die.  Paul and others use the harsh language of the wrath of God, which is directed against all those who knowingly neglect or defy His will, but human nature and those who share in it can be offered to the Father by one who can make that offering for the world because, like us in all things except sin (Hebrews 4:15), He does not owe the debt of every sinner.  Yet we are in this together. Jesus did not act for Himself or for the Twelve, but He took human nature, and as such became the representative of every man.  He is the first-born of many brothers (Romans 8:29).  For this reason the text of Hebrews insists that Jesus was tempted as we are and suffered as we do (2:17–18, 4:15).  For before we share in His divine nature, we share in the humanity that He, first as the Son through whom all things are made, created, and then has called to share in His own supernatural life.   “Those whom He foreknew, He also predestined to be conformed to the image of His Son.” (Romans 8:9)  This is the splendid image of  man and men in glory conformed to the image of Christ.

Christ does not only die to pay the debt of obedience that we cannot pay, but through His death He purchases for His people the gift of holiness that enables them to share in the great offering (John 16:7),  The Gospel is not only attested to us by those who heard Jesus but “by the gifts of His Holy Spirit distributed according to His will” (I Corinthians 12:11).  Thus it is that from the first days of the Church one did not make the great offering without having examined himself and confessed his sins: “A man must examine himself first and then eat of that bread and drink of that cup” (I Corinthians 11:28).  Our sins are brought before us by the same Spirit, sent to convict the world of sin and of righteousness, so that they may be forgiven by the power of that same Holy Spirit whom Jesus breathed upon His disciples with the command that they forgive (John 20:19).

In  a certain sense the glory of this present world is the enemy of the glory that belongs to the future, which is especially true for the citizens of the pacific and comfortable  West in which life can be arranged as a succession of pleasures, from which the holy saying, “Deny yourself” has been stricken.  In fact every Christian is called to live a recollected life, in which knowledge of his true condition and his true responsibilities is allowed to mitigate the blindness which the Other Side encourages.  Our duty is to God and to our neighbor.  Seen in the light of the true knowledge of our insecure situation, lives that are weak, never completely beyond the solicitation of the devil, our hope of success is the protecting, empowering  grace of Christ.  And every duty done in a fallen world is a life-giving death. And His promise is that there is pleasure at His right hand forever.