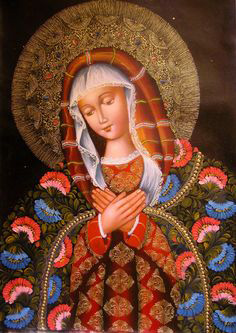 No one who sets his hand to the plow and looks to what was left behind is worthy of the Kingdom of God.

The Lord’s instructions to those who would follow him seem brutal. To one who says, “Let me go and bury my father,” the answer is “Let the dead bury the dead,” and to one who says, “I will follow you Lord, but first let me say farewell to my family at home,” the words are, “No one who sets his hand to the plow and looks to what was left behind is worthy of the kingdom of God”

These are not abstractions of universal application, but divine teachings given to the faithful to do with as we can. These words were given to a Church in which elaborate teaching had been given about our place in this world, how it is to be between husbands and wives, between parents and children, how fathers and mothers are to be honored; in short about the life of Christians as they take their place in society, living lives pleasing to God. But there are intimations of another, higher set of relationships, prefigured in the account of the man who could not come to the banquet of the king because he had married a wife (Luke 14:20).

Jesus’ dramatic words are not text from a catechism, not spoken against the unbreakable bonds that are like the relation between Christ and the Church, or against the honor due parents, but intended to set every relationship that properly belongs to this world, and which endures until death closes the first chapter of our lives, in the light of the kingdom that is coming. Jesus’ words are intended to give everyman the freedom to choose even in this world, on a certain day, at a certain time and place, to give up everything as his vocation requires for Christ Jesus and the kingdom of the future, so that at a certain point Christians are free to contemplate this past-breaking decision, free of the burden of the past and of every relationship rooted in the past. Christ’s words are in that way the warrant for Christian heroism, offering the high possibility of the giving up of family, and, on a certain day, of life in this world. The past in the sense in which it prevents our plowing forward toward our high calling in the kingdom of God is the realm of the dead.

In a broader sense for every Christian the past is at some time the kingdom of regret, of promise unfulfilled or of opportunity foregone. It is the province of the weight of sin that clings. So that when Jesus takes up the Isaiah scroll, He prophesies not only that the gentling of the world which Christ brings will over time strike off chains of iron and also that captives will be set free in the most fundamental sense, for Christ commands the apostolic mission to forgive sins, freeing everyman the sinner from the guilt of the past, and so from death (Luke 4:17–19, John 20:19–23). Paul will say, “Forgetting what lies behind, and I straining forward toward what lies ahead, I press forward to the upward call of God in Christ” (Philippians 3:13–14). The Christian faith is future oriented, its authenticity depending on something that has not happened yet.

If there were no important sense in which the past matters, Israel’s habit of reciting the story of God’s mighty acts, of identifying the Lord as the one who acted in the past, a habit taken over entire by Christians, would not be the pillar that it is (Psalm 78, Acts 7:1–50). But the timeful story is the backbone of the Bible. I am the God who brought you out of Egypt. In many and various ways God has spoken to our Fathers by the prophets, but in these days He has spoken by his son (Hebrews 1:1–2). Peter will explain Pentecost as the fulfillment of the words of the prophet Joel (Acts 2:16). This appeal to the past is neither nostalgia nor can it successfully recover the past as it was then, for that is gone. We know what it means when we say that someone “lives in the past;” they are shackled by their citizenship in the realm of the dead; intent that what has been not be brought into the future.

The past when it is more than past has its uses, for it is the evidence on which imagination builds to the present. One visits the Holy Sepulcher, not because we might, like Mary, expect to find Jesus there but because our lives, past and future, consist in things that are not only true but which happened and which happen still. We may visit Marathon and we will find there more than a rock-strewn plain, the place where the Persians were defeated, making possible Pericles’ Athens. The evidence that make the past is important to us because it is the stuff on which we build the story we tell, of history and of our lives in this present. All of our experience, for good or ill, goes into the making of our soul. C. S. Lewis is supposed to have said, “We read to know we are not alone.” We also listen to Tchaikovsky and Beethoven and Bartok, and visit great buildings and read poetry, all which are best remembered when we tell someone about them. And at our best we try to love one another. And in that way each person is a living tradition.

Christ is the summary of the redeemed, humane tradition, a word from traduco, which means to carry over or lead over or to bring over or across. He does not belong to the past. It was an act of inspired charity that Saint Helena discovered the places that were important in the life of Christ, but it is more important to remember that Jesus is here now, He is risen and the central fact of history is His promise that He would be with us in our time and place whenever we do as He commanded, blessing bread and wine which are His body and blood, His person. When the Church speaks of tradition, it is speaking of Christ who lives in the present, and we in Him. Christ’s presence is the divine promise that whatever is true and real will be with us until the end of time. We cannot go back to the upper room, but He comes to us. And when He comes He brings with Him all creation; His are all times and all ages. For the bread and wine are the person of Him in whom all things exist, in heaven and in earth. He is the eternal reason made flesh, incarnate love who fills the present with the promise of the future.

There is a reason why Christian engagement with the past is so often biographical, finally hagiographical, a long word from hagios or holy, referring to the lives of the saints. God creates the great story through His mighty acts, but He is ever the God of Abraham, Isaac, and Jacob. History in the ordinary sense is useful; trying to discover causes and naming periods is an essential project for timebound creatures. But in another sense Christians know that this world is not coming to some grand pacific conclusion. In a natural sense it is coming to a final fiery purification (I Corinthians 3:15, II Peter 3:7), but in the sense that matters it is coming to today, this day, as today is known in the light of the kingdom that is coming.

Thus in the Eucharistic prayer there is no recollection, no anamnesis, no bringing into our present, of the conversion of Constantine or the crowning of Charlemagne or the Battle of White Mountain, but the remembering of a long list of otherwise obscure persons, beginning with Christ Himself, who were not bound by the past even in its goodness, but looking forward to the kingdom that is coming, left everything, from Peter, Paul, and Andrew to Cosmas and Damian; from John, Stephen and Matthias to Agnes, Agatha and Lucy. There were long centuries in which the Church was reluctant to name one who was not a martyr a saint. Heroic virtue did not always mean a martyr’s death, but it did mean at a certain time, on a certain day, never looking back. 1