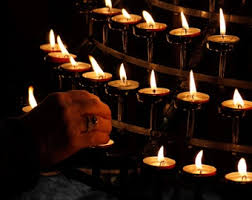 Amen, I say to you, among those born of women
there has been none greater than John the Baptist;
yet the least in the kingdom of heaven is greater than he.

These words from the mouth of Christ as they praised John divided the times, answering with authority the question,  who, what person, from the hundreds named in the millennia of history recorded in the Hebrew Scriptures is the greatest?  While at the same time it makes the weakest of believers greater than John the Baptist.

The Kingdom of Heaven, the Kingdom of the new heart that Jesus taught and established by His death and resurrection, builds, recapitulates, and redeems all of human history, but it also displays that history in its true light, as the story of human strugglings, episodic responses to grace and the call of God that promised but did not achieve as more than a vision glimpsed the destiny for which man and creation were intended.  The best of philosophy had encouraged the pursuit of truth and goodness, but this endeavor, beset by cynicism and sophistry, had never found a unifying voice.  In Edward Gibbon’s words:  “The various modes of worship, which prevailed in the Roman world, were all considered by the people as equally true; by the philosopher as equally false; and by the magistrate as equally useful.”  Beyond the noble advice of Cicero and Cato lay the fact of a public morality marked by sensuality, ambition, and emulation.   The greatest solace for the soul was offered by a philosophy whose advocates, having observed correctly that life viewed flat is marked by occasional pleasures and persistent pains and fears, proposed insightful patience as the best and only resolution.   Israel, while within its religious culture there burned the hope represented by John the Baptist, had devolved into a protectorate of the Roman overlord, its life defined by religious controversy.   Rome, after a century of internal dissolution and imperial expansion had abandoned its foundations in favor of an autocracy cleverly disguised as a republican polity.

John was the finest flower of this failing world.  He was quick to say that he was not the long-expected Messiah, that his baptism with water was a public expression of repentance and a desire for a life pleasing to God but lacked the power that would bring new birth to the human soul.   “I came baptizing with water that He might be revealed to Israel” (John 1:31).   “He who is coming is mightier than I…. He will baptize you with the Holy Spirit and with fire” (Matthew 3:11).      John knew that his work of preparation, his vocation to preach righteousness, to discern the Holy Spirit descending on Jesus, was not the saving work of Christ, that one was coming whose sandal laces he was not worthy to untie.

Because John fulfilled perfectly the vocation he had been given, Jesus said that no man born of woman was greater than John.   Yet the very least of those called into his baptism, with water and the spirit, one born not only as every human must be of woman, but one born of God, was greater than this greatest man of the old dispensation.

So Christ’s praise of John proclaimed the preciousness of the gift that may make everyman a citizen of the kingdom of heaven with a destiny not imagined by those who lived among those former things that are ever passing way.   With this the great human project became the possibility of offering as a return for His gifts a soul purified of sin, heart-dedicated to union with the Savior, able to hope that his or her little life with its own story will be caught up in the great story of redemption that ends before the throne of God.  When Our Lord says from His cross, “It is finished,” what is completed is the destruction of the old world of death, ignorance, and necessity, and what is inaugurated is the new world of the resurrection and life in the Spirit.   This is a gift that cannot be contained in the hopes and imagination of the past; the new wine will burst the wineskin unless it too is new (Matthew 9:17).   “If anyone is in Christ, he is a new creation; the old has passed away, behold the new has come” (II Corinthians 5:17).  “And He who sat upon the throne said, ‘Behold I make all things new’” (Revelation 21:5).

Jesus knew that the gift of this newness which made the least baptized believer greater than all that had gone before would always be endangered in a world in which the claims of the old world cling so persistently.   When the Prophet John wrote in the reign of the Domitian, perhaps fifty years after Pentecost, the Ephesians had lost their original love for Christ and His kingdom and the Church in Laodicea had grown luke-warm.  Jesus had predicted that as His return drew near the world would not grow better but worse, that love would grow cold, and that many would fall away (Matthew 4:9–12). When Jude wrote his short letter he reminded his readers that the Twelve had known that “in the last times there would be scoffers following their own passions.”  The scoffers are atheists old and new, and there would be “grumblers and malcontents” whom we might call activists and demonstrators, “loud-mouthed boasters, flattering people to gain advantage” whom we might know as demagogic politicians and image-makers who play to all that is base in human nature.

The failures to which human nature is ever liable in a world in which the newness of grace is always challenged by that which is passing away were well known to the Lord and His apostles, and they are well known to the Church.  But in the midst of this those who have been born of water and the spirit can face the morning with the knowledge that they are greater than the greatest of the old world, that they are new creatures, that He who is in them is greater than the one who is in the world, greater not by the excellence of the creature but by the gift.