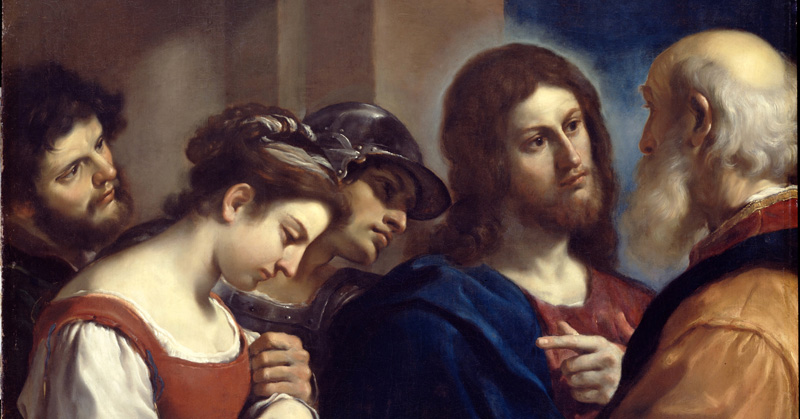 Not This One, Not Now

Many will come in my name, saying
“I am he,” and “The time has come.”
Do not follow them.

Coronations, elections, and even putsches can be times of great joy. Government matters; politics always has consequences, and good citizens play their part. Sometimes political involvement evokes excitement and a sense of significance. But this is not always the result of political involvement.  One might take as a historical case study the Tudor regime.  To be close to the Tudor crown was to live in the shadow of the headsman’s axe.   Henry VIII made Cardinal Woolsey the greatest man in England.   Woolsey died a fortunate death, expiring before the warrant for his execution was put into effect. Thomas More was Henry’s friend; elevated to the Lord Chancellorship in 1533 and beheaded for failing to show enthusiasm for Henry’s marital politics in July 1535.  Thomas Cromwell served Henry unquestioningly.  He was made Duke of Essex in April 1540 and beheaded in July. Henry’s cousin the Countess of Salisbury was executed in 1541, because of the pro-Catholic activities of her son Reginald. The Duke of Norfolk was fortunate.  Henry died before he could sign the warrant for Norfolk’s death.  Richard Rich was less fortunate; the lies he offered to bring More to the block, were, as far as we know, never repented.   Such behavior seems impossibly hyperbolic, but recall that the tyrannies of the twentieth century were especially effective in destroying those who came too close to the political flame.   Survival in the Nazi court or in the politburo was a full-time vocation.

Participation in the electoral politics of modern democracies does not usually result in death at the block or with the single pistol shot, but it makes its victims as political hopes engage political ambition.  Our Lord warned us to be more afraid of those who can send the soul to hell than of those who can destroy the body.  In the United States since the 1930s the government, which means the president, has been to a great degree responsible not so much for executing the laws as for creating happiness. There has been a patrician promiser, a haberdasher, a general, a somewhat tarnished shining knight, a rogue, and a charming salesman.  The relation of these men to God is unknown and unknowable; it is to be hoped that each of them made and makes it home.  What is certain is that each won office by promising to make life better.  It is the nature of electoral politics that the one elected must heal my hurts and reflect my image of what life should be. And in that way politics has become an American disease which has had the effect of directing attention away from life as it is lived. The disease is near-universal.  Persons cannot achieve moral excellence unless the government promotes those virtues. Everyman cannot flourish unless the government finds jobs and provided health care.   Some of this is just human nature, some of it the result of the pressures of a technologically organized society. All of it, this transposition of life into politics, which means economics, is destructive.  It is accomplished by making politics a secular religion that supplants faith in God.   Now presidents do not enforce the laws but comfort and bring us together.  Planning is now not an exercise in prudential foresight but supplants providence.   The executive is said to be able to ‘create’ jobs, although just how this is done, save by expanding the public payroll, belongs to voodoo economics.  Since secular rulers cannot perform as advertised, since both the popular expectation and the official promise are unreal, a culture of aggravation follows.

Jesus was a Messiah, the Messiah, the anointed one, and the woods were full of messiahs during his life among us.  In the days of Herod and Tiberius a profound sense of expectation, rooted in God’s promise to Abraham and the prophetic vision of Isaiah and Jeremiah flourished. Whether Jesus would “restore Israel” or inaugurate a kingdom not of this world was a matter of dispute.  In fulfillment of the promise Jesus allowed Himself to be hailed as the successor of the great king David, but when Pilate asked, “Are you a king?” Jesus replied simply, “You have said so.”  But by the nineties the Prophet John could recount his vision of Christ, the King of Kings and Lord of Lords (Revelation        19:16).

Jesus was king of the kingdom called heaven, an inviolable characteristic of which is that, although we pray that the earth will reflect its character and principles, that kingdom is not here.  The geography over which He reigns while time endures is the converted heart, and the place of His reign when things are brought to their ends and perfection is the new heavens and the new earth, the supernaturally perfected new creation, that when He returns supersedes the fallen and flawed order of this world.   The kingdom of the heart is not a political order.

And so it is that Christ warns the Church that nothing that happens in time represents His victory.  There is the mystery of the thousand year  reign of Christ with the Saints before the end, but however this is to  be understood, it is not a political but a theological mystery representing in the persons of these martyrs Christ’s victory in the world into which He was born.   But the burden of Jesus’ teaching is, not here, not now; not in the person of one who represents himself as the messiah saying that the end is now, claiming that his kingdom can be made present politically.

History will continue in its wonted way, characterized in an objective sense by warfare, rebellion, betrayal, and the failure of love (Matthew 24:3–15).   The kingdom will not come through the gradual fulfillment of even the wisest political program.   It will come like the thief in the night, like lightening running across the sky (Luke 17:24), when it is least expected.  Anyone who represents the fulfillment of God’s purpose here and now is a charlatan.

Of course this cannot mean that there is no political project, but it is amazing that the New Testament outlines none.  Its urgings to charity are not arguments that Christians should support the procuring of more grain ships from Egypt and Sicily, but insistence that generosity is a matter of the heart.   The moral weight of Jesus message falls on the conversion of believers, making them fit to see God and causing their light to shine in this world.  And on the pilgrim way they are to obey the governments of Caligula and Nero as instruments of God’s providence.  Christ and His Holy Church know that the just political order in the public square arises from a just moral order in the human heart and that a just moral order can only be sustained by what George Washington called a religious people.

This does not mean that in a political moment considered auspicious fountains should not flow with wine and golden coins not be showered on the populace.   It does mean that while political powers cannot destroy the Kingdom of the new heart, while those same powers may wisely determine not to oppose it, neither can they establish it.

How small a part of all that human hearts endure
can laws or kings either cause or cure.