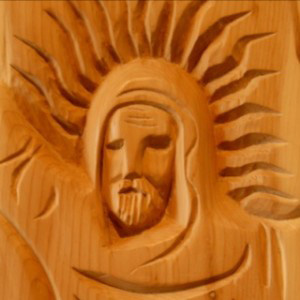 Fear is a word with many, often overlapping, meanings.     Fear describes a state of being frightened, ranging across a scale of intensity from one’s being afraid that he will miss the bus to fear that the diagnosis will signal a very threat to life.   In yet another sense fear is like pain, a warning offered in defense of life.   Fear may also mean “to stand in awe of, to revere.”

In matters of the soul fear is usually distinguished as holy fear, which is awe before God whom we long to please, and servile fear, which may be only the bitter recognition that one is powerless in the face of a reality that wishing will not change.  The New Testament documents both holy fear and servile fear.  Perhaps the fear that made our first parents run away from God’s presence because they had violated God’s commandment is servile fear.   The fear that made the third man in the Parable of the Talents bury the gift committed to him because he knew that his master was a hard man, reaping where He had not sown, was servile fear (Matthew 25:14–25).  On a cosmic level the fear in which Satan and his angels live, although masked by the trappings of rebellion, is servile.  All these are afraid because they have in some way violated God’s order and fear the consequences.

In a fallen world in which reason should but cannot suffice to bring order, fear is an ordering principle.  “The fear of the Lord is the beginning of wisdom” (Proverbs 9:10).   Fear recognizes the existence of an order that will not bend to our will, which order we have violated. Fear is the medicine for the cure of the presumption that so easily besets the human heart.    God finds Job convinced of his own rightness and tempted to the thought that Job’s understanding of justice is more certain that God’s.   When God appears to Job He first terrifies him with an awareness of his own ignorance and the foolish presumption that accompanies that ignorance (38: 4, 12).  “Where were you when I laid the foundations of the earth?”  “Have you commanded the morning since your days began, and caused the dawn to know its place?”  Job’s restoration begins when he confesses:  “I have uttered what I did not understand, things too wonderful for me which I did not know….  Therefore I despise myself” (Job 42:3, 6).    When the Holy Spirit came upon the Church, He provoked repentance.  “And fear came upon every soul and many signs and wonders were done” (Acts 2:37, 43).

The Church has never discounted fear as a motive that moves the heart.   John the Baptist warned that now God’s axe is ready to cut down and cast into the fire the trees that do not bear good fruit (Matthew 3:10).     Jonathan Edwards began a revival with a sermon titled “Sinners in the Hands of an Angry God,” which depicted the soul suspended over the flames of hell.  At the turn of the first Christian century Saint Ignatius of Antioch wrote to the Ephesians:   “Let us either fear the wrath that is to come, or love the grace which is present—one of the two—but let us be found in Christ Jesus into true life” (11.1).   If one cannot be sorry for one’s sins out of love for Jesus, imperfect sorrow born of the wholesome fear of hell will suffice for the time being, for this at least recognizes the law we have violated and voices a desire for true repentance.  But the better thing is the awe and reverence that accompanies love for God’s will.  It is the wonder of the Gospel that Christ came to release the world from fear.    Perfect love casts out fear.    Not because we have suddenly learned that God is not a God of Majesty and judgement but because our wills are united to His will.   “In His will,” said Dante, “is our peace.

The government of the universe is paternal and personal; it is the government of a Father, whose care governs the way of the sparrow and ours.  There is a divine tenderness.   One of the effects of love is sympathy; the Holy Spirit is the Comforter, the Counselor, the Advocate who stands with us, but love itself, the Word empowered by the Holy Spirit, is always the informing virtue.   When the Holy Spirit, one of whose names is Love, hovered over the face of the chaos, darkness became light, emptiness became the fullness of being, disorder was transformed into order.  So compassion is not letting things go, which no good father will do. But ordering the universe and calling us to Himself along a perfecting path until our lives are hid with Christ in God.   Sacred Scripture in the Prophet John’s Apocalypse offers two images of the relation of the citizens of the kingdom tof Christ.    One is the image of worship found in the great scene of chapters four and five, in which all creation worships the Blessed Trinity.  The other is the image of intimate friendship in chapter twenty-one, when Jesus wipes away the pain of life.    In both there is fruition, not fear.

In the life of the age to come there is no fear, but there is a divinely appointed order; for in heaven that order is graciously, fearlessly, accepted by everyone who will be there.    Saint Paul says that our works will be tried by purifying fire, to test whether they are built of gold, silver, hay, or stubble (I Corinthians 3:13).    C. S. Lewis in The Great Divorce offers as an image of hell the queue in which everyone is trying to get ahead of everyone else.   It is the sign of the divine life in which Christians share that every soul will rejoice in the excellence of others, seeking the lowest place God’s will permits, and in any case rejoicing in the order He gives.

Ours is a fearful age because it is a disordered age in which within the sphere of popular culture atheism reigns.    The corollary of God’s tender, providential love is His law, His will, His order.  In an age of atheism there can be neither reliance on God’s providential care nor acceptance of His order.  The result is anxiety, fear, insecurity.   Perhaps planning is implicated here, for while attempts at foresight are prudent, planning sometimes knows too much.  The great barn-builder of Luke had a plan.    Secure provisions for a lifetime, then eat, drink, and be merry (Luke 12: 15–21).   Alas.

The great Benedictine Dom Hubert van Zeller wrote in We Work While Light Lasts: “There can be no such thing, humanly speaking, as resting at peace.  The assurance of security lies in the conviction of faith, not in the experience of tranquility.”