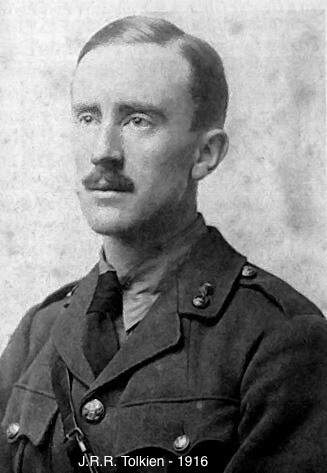 The PPE curriculum, philosophy and political economy, was I suppose an Oxford invention, calculated to combine the reflective, intellectual aspects of thought with the arts of politics and economics.  It suggested that what we do in the marketplace and in the forum is grounded in a set of philosophic principles.   With Tolkien this was certainly true; his pen carried with it the entire freight of the Christianity into which he was baptized when his mother became a Roman Catholic in Birmingham about 1903.  The most visible, obviously operant principle was Tolkien’s conviction that Eden had existed, and that the rebellion was real, marking human actions with the brokenness that belongs to a fallen will.

We can know something of what Tolkien might have considered the ideal society from his descriptions of the Shire in the Lord of the Rings and the Hobbit.   Although there are occasionally houses, most hobbits live in excavated space under the hill which is accessed by round doors, the round doors being a clue to the anti-industrial character of the Shire.  A hobbit’s concerns are genealogy and food, and communal feasting seems to be the nearest that Shire life comes to having  a sacrament. Unless, of course, you want to count the exchange of re-gifted objects.  Charles Williams, who was in Oxford in December 1944, commenting on the unpublished text, saw that the great thing about the book was not Frodo and his heroic vocation but the fact that the center was not in strife and war but “In freedom, peace, and good liking.”

Hobbits, as Gollum shows, can be corrupted, and Tolkien sees the world as the work of corrupted Hobbits who want to exercise power through organization and regimentation.    In the Lord of the Rings this is Sauron, who would organize the world right into slavery; in England in the 1940s it is your local county council.  When Christopher wrote complaining of the waste and stupidity of camp life, Tolkien replied remembering his own experience in 1917 and 1918:  “What makes it so exasperating is that . . . its worst features are unnecessary, and due to human stupidity, which (as the planners refuse to see) is always magnified indefinitely by ‘organization.’  . . . However it is, humans’ beings what they are, quite inevitable, and the only cure (short of universal Conversion) is not to have wars—nor planning, nor organization, nor regimentation.”

In July 1944, the invasion of Europe well under way, Christopher, who was flying over the channel, wrote of  flock skimming martins he had seen.  Tolkien replied, “That touches the heart of things, doesn’t it? There is the tragedy and despair of all machinery laid bare.  Unlike art, which is content to create a new secondary world in the mind, it attempts to actualize desire, and so to create power in this World, and that cannot really be done with any satisfaction.  Labor-saving machinery only creates endless and worse labor.  And in addition to this fundamental disability of a creature, is added the Fall, which makes our devices not only fail of their desire but turn to a new and horrible evil.  So we come inevitably from Daedalus and Icarus to the giant bomber.  It is not an advance in wisdom!  This terrible truth, . . .  sticks out so plainly and so horrifyingly exhibited in our time, with its even worse meaning for the future, that it seems almost a worldwide mental disease that only a tiny minority perceive it.” On 30 January 1945 Tolkien wrote, “Well, the First War of the Machines seems to be drawing toward its final chapter—leaving alas, everyone the poorer, many bereaved or dead and only one thing triumphant: the Machines.  As  the servants of the Machines are becoming a privileged class, the Machines are going to be enormously more powerful.   What’s their next move?”

It was part of Tolkien’s character that he saw the imminent Allied Victory as deeply flawed.  This was in part because he disliked the Americanization of England and Europe,   He never visited the United States, but he saw that “American sanitation, morale-pep, feminism, and mass-production would spread throughout the world. There will be no place to go, so people will (I opine) go all the faster.”  This was the passage in which Tolkien became at least one of the fathers of the flattening metaphor as a description of the modern world.  But seriously, he wrote,  “I do find this American cosmopolitanism very terrifying.  Qua mind and spirit. . . . I am not really sure that the victory is going to be so much better for the world as a whole. . . .”    It was in this mood that he criticized the English press for declaring the Germans who held out to be drunken fanatics, warning that you can’t defeat Mordor with Mordor and reminding that Germans, too, had their just loyalties.   His fear was that victory would bring a culture that meant defeat: “When it is all over will ordinary people have any freedom left (or right) or will they have to fight for it,  or will they be too tired to resist. The last rather seems the idea of some of the Big Folk, who have for the most part viewed this war from the vantage point of large motor-cars.  Too many are childless.  But I suppose that one certain result of it all is the growth in the great amalgamations with their mass-produced notions and emotions.  Music will give place to jiving.  His delicately cultured amusement is said to be a fever in the U. S. A.   O God! O Montreal! O Minnesota!

The center of Tolkien’s social life was the Thursday evening meetings of the Inklings in the Bird and the Baby, a tiny pub perhaps fourteen feet wide. Back in 1925, when he had first come to Oxford from red brick Reading University, Tolkien had been one of the sponsors of the Kolbitars, assembled to read Icelandic poetry.  This had gradually given way to the Inklings:  Lewis, Tolkien, Havard, Charles Williams (1939-1945), and others.  This was about beer, good company, and reading manuscripts in progress.  In this company Tolkien was superbly at home.  The company began to fray when after 1957 Lewis would bring Joy Davidman, whom he soon would marry, who was considered by Lewis to be  master intellect and sparkling wit but considered by others to be merely intrusive.  Whatever else it was, the Inklings fostered the literary genius of Lewis and Tolkien.    Both seem to have had very little literary conversation at home, where Lewis found  the woman he had cohabited with and cared for since about 1925, and Tolkien found Edith.  Having fallen in love about 1915, Tolkien was forbidden by his guardian to communicate with her until his twenty-first birthday, upon which, perhaps unwisely, they were married.   Edith did not want to be the wife of a professor.  She did not want to be a Catholic, into which profession she was shuttled.   They managed, she being sometimes in the Church, sometimes out.  Toward the end of her life she received some reward, doing what she enjoyed, which was living in a Bournemouth hotel and playing bridge.  So the Inklings was a lifesaver and a kind of model of the good life.  One supposes this is what provoked the “good Christian friends engaged in conversation before the fire.”

Tolkien wrote little directly about politics.  His Catholicism was traditional; he regretted the destruction of the Roman Rite, along with Waugh and T. S. Eliot.