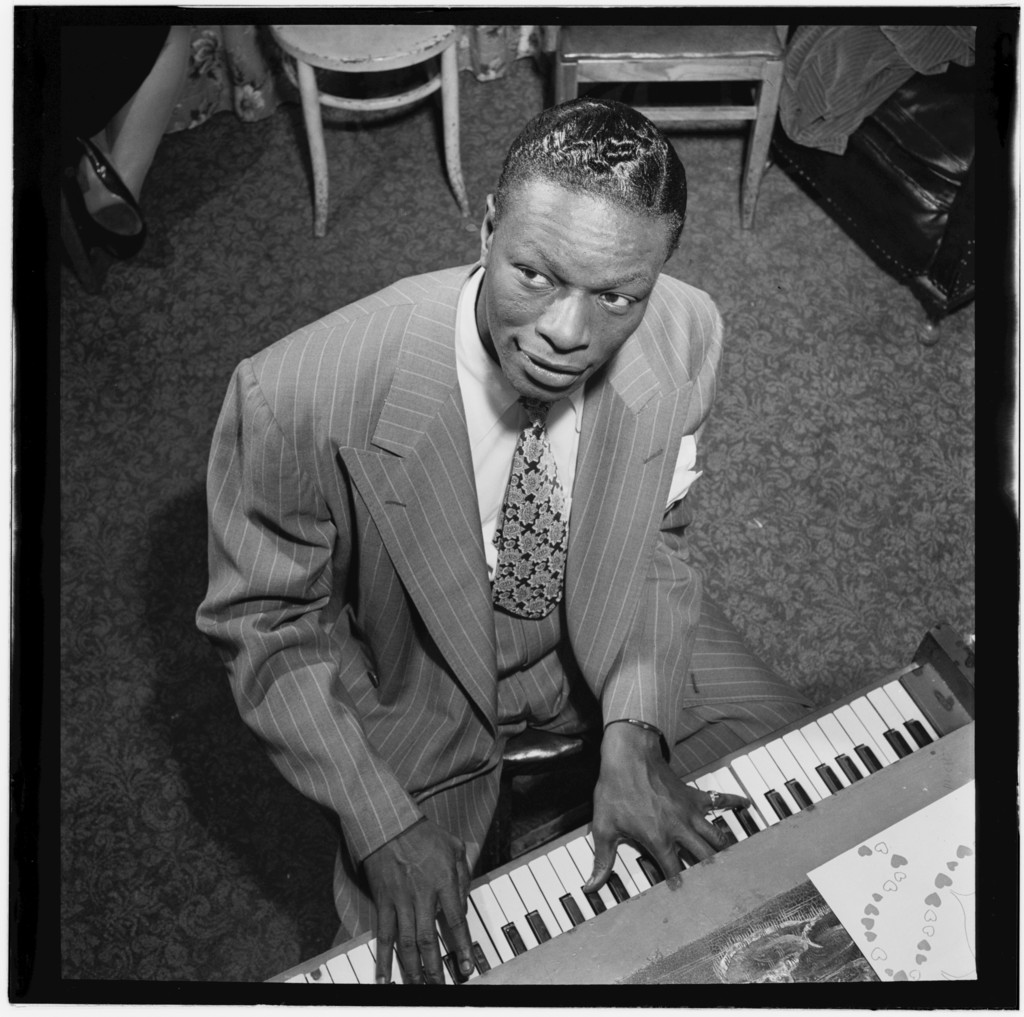 The Poetry of Christmas

God gave us the great romance, for what could be more romantic than the story of the king born in a manger, his identity unknown to any but three great kings who follow his star to bring precious gifts, a child destined to struggle against and to defeat evil before offering himself for the life of the world, then to be vindicated as the conqueror of death, reigning gloriously for ever and ever.

One might suggest that on a natural level, Christianity has a better story than the continual revolution against it.    The story of Lenin or Trotsky or Voltaire or Diderot, although powerful in evil, does not easily inhabit imagination, and it is well nigh impossible to imagine a boy, first realizing that he is in love, breaking into the Communist Internationle or the Marseilles or even the Star Spangled Banner.

This romantic superiority of Christianity coalesces around Christmas, a liturgical celebration of the birth of the Child, not the first or most important celebration, but one beloved perhaps even more than Easter, with its challenge of death and resurrection.   The Baby in the Manger, at least superficially, offers no challenge whatever our way of life, and is easily sentimentalized.

The incorporation of Christmas into popular culture is accomplished through the poetry that is music. The person who is the meaning of history was not developed or recruited or discovered, but was given to us when the Word, the meaning, the incarnate rationale of the cosmos, who is God, was born  in the manger in Bethlehem.  Unto us a child is born, not a leader or a commander but a child. He is the center and there is no further fulfillment. For Moslems history may mean a will and finally a garden of delight.  For secularists it means death.  For Christians it means a baby in a manger.  It is enough for the author of I John to say  that all we know of what the future holds is that when he appears, we will be like him, for we will see him as he is.  “And at last our eyes shall see Him. Through His own redeeming love.

The great poets found Christmas a challenging subject.  For Longfellow Christmas posed a too-sharp  contrast between the peace of Christ and a nation at war, as in his poem “Christmas Bells.”

I heard the bells on Christmas Day
Their old, familiar carols play,
And wild and sweet
The words repeat
Of peace on earth, good-will to men!

And thought how, as the day had come,
The belfries of all Christendom
Had rolled along
The unbroken song
Of peace on earth, good-will to men!

Till ringing, singing on its way,
The world revolved from night to day,
A voice, a chime,
A chant sublime
Of peace on earth, good-will to men!

Then from each black, accursed mouth
The cannon thundered in the South,
And with the sound
The carols drowned
Of peace on earth, good-will to men!

It was as if an earthquake rent
The hearth-stones of a continent,
And made forlorn
The households born
Of peace on earth, good-will to men!

Then pealed the bells more loud and deep:
“God is not dead, nor doth He sleep;
The Wrong shall fail,
The Right prevail,
With peace on earth, good-will to men.”

I will merely mention in passing Robert Browning’s “Christmas Eve,” a long poem ruminating on the  ambiguities of religion.  Tennyson’s Christmas poem. “Ring Out, Wild Bells,” is melancholic.

Ring out the grief that saps the mind,
For those that here we see no more,
Ring out the feud of rich and poor,
Ring in redress to all mankind.

Ring out a slowly dying cause,
And ancient forms of party strife;
Ring in the nobler modes of life,
With sweeter manners, purer laws.

Ring out the want, the care the sin,
The faithless coldness of the times;
Ring out, ring out my mournful rhymes,
But ring the fuller minstrel in.

Ring out false pride in place and blood,
The civic slander and the spite;
Ring in the love of truth and right,
Ring in the common love of good.

These oblique reflections did not pass into poplar culture, where the life of the Child born in the mangers was set to music. We are not told that upon the announcement of his coming the Blessed Virgin sang, but the Magnificat is poetry, and surely the author of “Hark the Herald Angels Sing” and “Angels we have heard on High, Sweetly Singing through the Night” were right that multitudes of the angels sang their Gloria.   At the end of the story, after he had given us his Body and Blood, Jesus sang a hymn with his disciples (Mt. 26:30), his last act before the Garden and Golgotha.  St. Paul said that the life of the Church should be characterized by hymns and spiritual songs (Ephesians 5:19, Colossians 3:16)

And not much time passed before the Church had set the liturgy to music, first to the plainchant, the majesty of Gregorian plainchant, then to polyphony; Mozart, Beethoven, Cherubini, Vivaldi, Rachmaninoff, and Elgar.   And all this glory because “He Came down from earth to Heaven, Who is Lord of all.” These words are from “Once in Royal David’s City,” and that brings us to the fact that only the church has a song that sums up the meaning of things as it lifts up the heart.   Many things could be said about the song Christ creates in us.  He was in the Psalms, and the song he inspires has always accompanied the liturgy.   He created hymns, but most dramatically he created the music of Christmas; it is Jesus who is the song that makes the world sing.

The origin of the Christmas Carol is not well known. The word has an etymology too rich to yield precision. It may be derived from the Greek word for chorus, and it is obviously related to the French carole and caroler.  A carol is a hymn, and more specifically a hymn of joy.  An 1889 reference associates it with wassailing, described as “the singing of Christmas carols at the doors of houses, a practice which is dying out.”

But not so fast.  A century later carols are still sung, sometimes  at the doors of houses.   The genre has its models and its history.  The most famous carol is perhaps “Silent Night,” the words of which were written in German by the young parish Priest of Amsdorf in the Austrian Tyrol in December 1818.  Performed originally on a guitar, “Silent Night, Holy Night” quickly captured  hearts.

Not all famous carols were composed in such a straight forward way.  “O Come All Ye Faithful” appears first among the supporters of James III, exiled in France, and is assigned on calligraphic evidence to James Francis Wade (1711-1786)..  The Latin Adeste fidelis was translated into dearly loved English as “O Come, All Ye Faithful” by Frederick Oakley of Oxford Movement fame in 1841.  The impetus for the writing of the words of “O Little Town of Bethlehem” was the recollection of Phillips Brooks, later the famous Episcopal bishop of Massachusetts, on a  Christmas Eve night in the fateful year 1865.  By 1868 the words had been set to music by Louis H. Redener, in a hymn titled “St. Louis.”

The late-Gothic Kings College Chapel in Cambridge is one of the great works of the human imagination and human hand.  Every year since 1919, the year that stood in the shadow of the Great War that effectively ended Europe, the choir of Kings College has presented in the chapel the Festival of Nine Lessons and Carols.   Famously, the service open with a processional:  “Once in Royal David’s City,” a Christmas carol  originally a poem written by Cecil Frances Alexander in 1848, and shortly afterward set to music by H. J. Gauntlett, published in that year in Miss Celia Humphrey’s Hymns for Little Children.  The memory of the single voice singing “Once in Royal David’s City” invests imagination with its beauty.

All of these, every Christmas carol is a gift of Jesus Christ, who makes the whole world sing, and especially at Christmas.   “God rest you merry, Gentlemen, Let Nothing You Dismay.”  “Joy to the World. Carols are the popular form of Christmas poetry

Along the way music that would be considered classical was recruited into Christmas.  Tchaikovsky’s Nutcracker Suite, first performed in St. Petersburg in 1892, is a popular favorite , particularly in North America, where it is often staged or played at Christmastime.  The revenue from the Nutcracker constitutes about forty percent of the income of the major ballet companies.  George Frederick Handel’s Messiah was originally intended as an Easter Oratorio, but it is now Christmas music par excellence.

Handel was a composer of operas who, when that form lost popularity turned to the oratorio, of which he had composed three before The Messiah in 1741, written originally for performance at Easter in Dublin in 1742.  The text or libretto is by Charles Jennens, a high Anglican Jacobite who used the Authorized Version or King James and the Coverdale Psalms from the Book of Common Prayer to create a text that illustrates the life of the Messiah. “A meditation on our Lord as Messiah in Christian thought and belief.” The finished work, says one critic, “amounts to little short of a work of genius”. There is no evidence that Handel played any active role in the selection or preparation of the text; it seems, rather, that he saw no need to make any significant amendment to Jennens’s work.  How Handel made the text and the music come together is one of the several mysteries of music.  Handel had made his reputation in England, where he had lived since 1712, as a writer of Italian Opera, and The Messiah is an opera in which the plot is the text, written in scenes arranged around Scripture. Everybody knows the so-called ‘Hallelujah Chorus,’ the ascending repetition of the line “King of “Kings and Lord of Lords, He shall reign forever and forever.”  And there is the full stop followed by “The Kingdom of this World has become the Kingdom of Our Lord and His Christ.”  Heavy on the prophets and the Apocalypse, The Messiah completely lacks sentimentality.  It now means Christmas in the Anglosphere.

And lastly not to forget the Christmas ballad tradition of which the centerpiece is the nostalgic “I’m Dreaming of a White Christmas, Just like the ones I used to know,” written by Irving Berlin for Holiday Inn in 1942, the worst year of the war.   And one more “The Christmas Song” written by Mel Torme and Robert Wells  in 1945, that begins:

And so I’m offering this simple phrase
To kids from one to ninety-two
Although it’s been said many times, many ways
Merry Christmas to you.