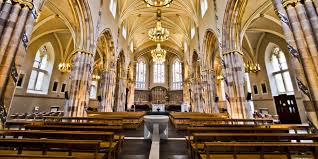 Whoever is in Christ is a new creation.