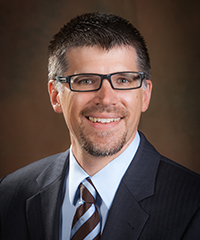 Chairman of the Philosophy Department
University of Dallas

A box lunch will be served.

$25 if convenient, all welcome.

When he was named the 2019 Michael A. Haggar Fellow, it was said of Dr. Engelland: “It would be difficult to find anyone at UD—indeed, anyone anywhere—who has accomplished more in the first five years of teaching, research, and service at an institution. The department and the University as a whole are blessed to have this person as a faculty member. Student buzz makes it clear that this professor is thoroughly practiced and skilled in adapting difficult subject matter to his students. He seems to have a knack for pulling his students into difficult ideas while appealing to both their ordinary experience and higher aspirations. He does an especially good job of blending a concern with contemporary thought together with the wisdom of the ancient, medieval and early modern classics.”

Before his appointment at UD in 2014, Dr. Engelland for nine years taught philosophy at Borromeo Seminary and John Carroll University in Cleveland. He takes a phenomenological approach to the history of philosophy and to systematic questions concerning mind, language, metaphysics, and the human person.

Dr. Engelland has three books published, a fourth under contract, and is editing a volume of essays. He has more than a dozen articles in top-tier journals. In 2016 he published an accessible and engaging introduction to philosophy, entitled, The Way to Philosophy, which captures his classroom approach.