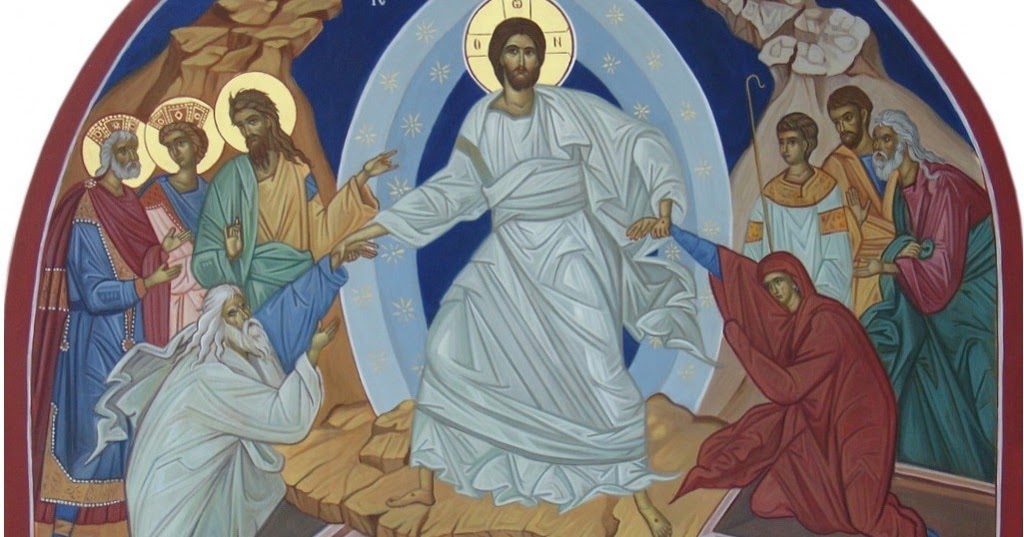 And the victory that conquers the world is our faith.
Who indeed is the victor over the world
but the one who believes that Jesus is the Son of God?

Every person born into this world is born into the midst of battle that he is bound to lose, not because he lacks strengths of body or the power of reason but because his enemy is supernatural power and because he is himself a natural born traitor, marked in his heart by a sympathy for the enemy who would destroy him.   At baptism we or our sponsors for us change sides.  We renounce Satan and all his works and promise, with our born-bound allegiance to Satan obviated by the power of the cross, to serve God and His Christ.  By this act we have become the special object of Satan’s wrath.  Those who remain all unknowingly in his service he may leave alone, perhaps undisturbed in comfort, for he knows that although they may not do good in God’s service, they will keep their hearts to themselves alone and so will in the end be his.    But Satan believes that in the order of reality every son of Adam is his, and he will tirelessly pursue each baptized soul who through the sovereign mercy of God has crossed the lines into his enemy’s camp.    Just how many of these would-be traitors to Satan’s cause will escape his power is a mystery hidden in God’s omniscience, for as long as any soul is in this world there will be echoes of that earth-born allegiance to God’s adversary that may be fanned into rebellion.  But having once been born of water and the Spirit, the claim of the baptized soul upon the grace and goodness of Christ is absolute, and while freedom is such that even the elect may be deceived, those whom God has called across the enemy line he will make right and holy.   Each will have won the great victory, so that the evangelist John will write that the faith of Christians is the victory that overcomes the world.

Overcoming the world is both the victory given Christians who are born anew through baptism and the project of a lifetime.    When John speaks theologically and hopefully of the victory that has been won by young and old who have overcome the evil one, he yet knows that the victory may be forgone for the road is not smooth.  It is this same John who says to those who have been anointed by the Holy Spirit, who have passed out of death to life, that while they abide in God they do not sin, that God’s very nature abides in them as God’s children;  John says that even these, if they say they do not sin both deceive themselves and make the Son of God a liar, standing as they do ever within the precincts of Satan’s wrath and ever under the necessity of the cleansing blood of Christ.

The sins John is describing in the opening verses of his first letter are those which belong to the biography of every Christian (I John 1:8-10) .  These are not sins that kill grace in the soul, that will not destroy the promise given at baptism or the faith that apprehends the promise.  The Church is to pray for those who have fallen into these sins, knowing that they are ours, knowing that because of such prayers these repentant souls will be given life.    Thus the Eucharist is usually begun with the common confession ending with the request that our brothers and sisters pray for us to the Lord Our God. But there are, says john, those sons that impair fatally that union with Christ which promises life, as we might now say not small sins born of ignorance or inadvertence, lacking deliberation, but sins of willful rebellion.  These are, John says, “sins unto death.”   John does not say that such sinners are eternally lost; the great apostle simply professes agnosticism before the anomaly that one who had been given the gifts he describes should commit such sins.     “I do not say that one is to pray for that, for one whose sin is mortal” (I John 5:16).  John offered no list.   The author of Hebrews wrote that if one apostatized who had lived the Christian life, who had been enlightened, tasted the heavenly gift of the Eucharist, received the gift of the Holy spirit, tasted the goodness of the Scriptures, and known the supernatural hope of heaven, that one could not be restored (Hebrews 6:4).   This certainly was mortal sin.

For almost two hundred years the Church seemingly remained silent about mortal sin, although what sin was, was it thought as well as action, could sins after baptism be forgiven, remained popular topics as was evidenced by the popular second century Shepherd of Hermas, in which these questions are canvassed hopefully but indecisively.  And there is a reading of the evidence which suggests that the power of the keys given in Matthew 16:19 remained dormant in the sense that not much appeal was made to it in the late first and second centuries.   Perhaps it was read not as referring to sins but to larger matters of precept and government of the Church.  Whatever the cause of this reticence, the possibility of the forgiveness of adultery, murder and apostasy was not much proposed until a great crisis of 215 at which time the Roman Bishop Callistus, to the scandal of Tertullian and Saint Hippolytus, claimed the ability to forgive such mortal sins.   Over time, through a process not to be documented here, the Church broke the silence of John regarding the forgiveness of sins unto death and claimed the power of the keys to forgive even the mortal sins of the truly penitent.  Perhaps this power was clarified, or more clearly recognized, after the Gospel of John, with the text (19:19) in which the Lord breathes the Holy Spirit on the disciples, giving them the power to forgive sins, became part of the public literature of the cosmopolitan Church at mid-second- century.  The story of the development of the application of the apostolic power to secure victory over the world by forgiving soul-destroying sin is too long and complicated to be told here; suffice it to say that over time the mercy of such forgiveness became part of the life of the Church, sins being forgiven generously, often with only formal penances.  This power to forgive the guilt of sin, restoring the penitent to life in Christ, did not address the mystery of satisfaction, or the desire to make things right again, which made the reality of purgatory obvious for those who had in this life accepted the mercy and not done penance.

The Evangelist John’s point is the great truth that faith,  its gift and practice, brings victory to the soul in a battle that is not against flesh and blood but against powers and principalities in the heavenly places.   The extended footnote is then the fact that the battle is not won until our last day, that in the interval we will remain sinners who require the presence of Christ in prayer and the sacraments of the Church to have hope of winning out in the end, and that, John’s silence broken, there is even a cure for the mortal sins before the anomaly of which he stood silent.

It is among the most tempting of follies that the world can become our friend.   When the Church is welcomed into culture, even when in the historical past it may seem to permeate and dominate that culture, the world is still an enemy, being now not outside but within.  The world is ever the precinct of the devil and of the domain of the flesh, of pride of life, of those lower appetites and those ‘higher’ spiritual failures, rebellion and the illusion of self-sufficiency, that seek to drag us back across the battle line and into Satan’s camp.