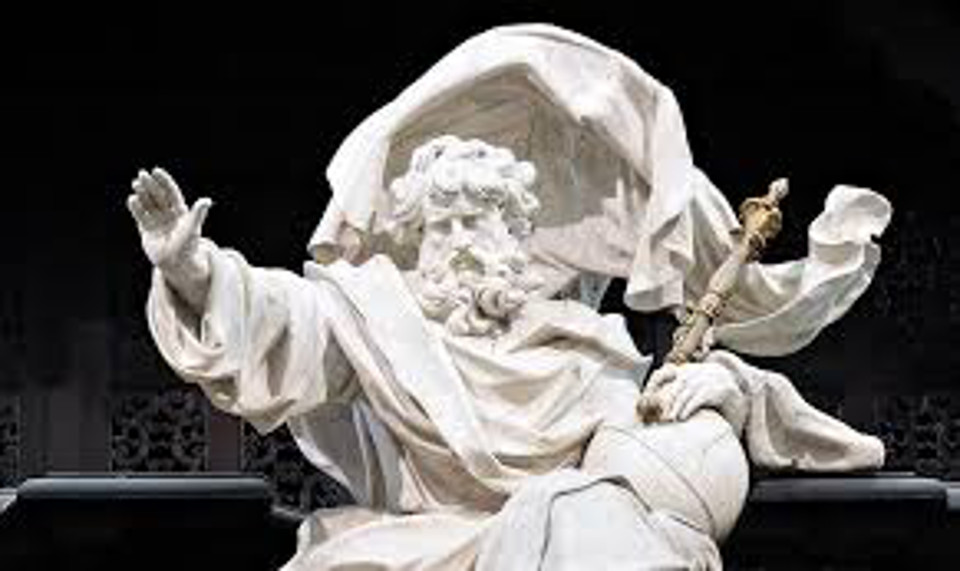 To begin autobiographically, I can never think of the word “power” without thinking of Malcolm Muggeridge’s phrase “the vulgarity of power.”     What Muggeridge had in mind was the uses of power in contemporary culture and politics which typically involves the assertion of will without justice and certainly without love.  In the raw, power satisfies the human desire to dominate rather than to be dominated. As Augustine wrote, the search for power in the form of domination has been the failure of regimes, At the end of Nineteen-Eighty-Four the only answer the controllers can give as to why they have turned earth into hell is power.  This is the perversion of something that as belonging to human nature is good. It is a gift of God, who is omnipotent, all powerful, who wills that man share in this goodness, that we have the ability to exercise dominion in the world, and to pursue what is good, that is to be pleasing to God by rejoicing in his will.   “In his will is our peace,” as Dante wrote.

As it happened, we humans have tended to use our powers not to please God but to pursue pleasure, for pleasure is the form  of those secondary goods that have the apparent ability to satisfy. Both carnality in its many aspects and dope, from marijuana to Heroin and meth, represent the exercise of power on behalf of pleasure.   Of course one may appeal to the Stuart moral philosophy, the principle of which was, “God never damned any man for having a little pleasure.” But against this is the experience of Eve, who, while her underlying sin was rebellion, was moved to disobedience by the facts that the fruit was good for food, pleasant to the eyes, and capable of producing wisdom (Genesis 3:6).   The formless pursuit of pleasure, without restraint, without underlying moral purpose, is central to Satan’s project, which is the destruction of souls. Satan thought to seduce Christ, not with the tawdry pleasure of the flesh, but with the promise of political power: the rule of kingdoms, bodily invincibility, the power to feed without labor. He failed, and the Messiah went on to offer salvation through the abandonment of every exercise of power other than the power of love.  He was not able, or would not, come down from the cross. Yet he did promise to come again in great power, full of justice, full of might, in great glory, to punish sinners and establish the incarnate kingdom of the new heart.

In the meantime Jesus promised power of a certain kind to the Church, that is to his elect.  Christ said, “All power is given to me in heaven and in earth” (Matthew 28:18). And this was reiterated as Jesus ascended to his father: “You shall receive power after the Holy Ghost is come upon you, and you shall be my witnesses” Acts 1:8.    And in John 1:12: “As many as received him, to them he gave the power to become sons of God, even to them who believe on his name: which were born not of blood, nor of the will of the flesh, nor of the will of man, but of God.” And in 3:3 to Nicodemus, “Unless a man be born of water and the spirit, he cannot enter the kingdom of God.”

Here one might step back to consider the history of human attempts to be pleasing to God or the gods, and what one finds is a history of failure despite a fullness of information and plentitude of aspiration, vacillating and uncertain though these attempts be.   Israel was certainly not ignorant that their first task was to love God with all their hearts. Plato, Aristotle, Cicero, Cato, Marcus Aurelius and Plotinus had a clear understanding of the righteousness of the gods and offered various proposals for pleasing them.  All these projects, Hebrew and Greek and Roman, on a certain day had a certain nobility, but the results they achieved were episodic, fragile, and ultimately frustrated. It was not yet time for the lifting of the veil that stood between the sons of Adam and the Creator.  But then in the fullness of time Christ came, Pentecost came, and we were given the power to know the Father in his Son Jesus Christ.

This did not end the question about power, for the Gospel maintained that we were made sons of God not by our own power, but by the power of God. Even among the elect there was controversy.  The difficulty was evident in Paul’s letter to the Romans, in which it was maintained that God’s power was made perfect in our powerlessness. Maintained consistently for five centuries, adumbrated by Saint Augustine, this came under attack in the early fifth century by a Roman advocate who thought this admission of incapacity in their one thing of ultimate importance admitted a shameful fault in God’s design of man, who, after all had been given freedom and choice.   This controversy, although settled and re-settled, and decreed and taught with anathemas, has never lain quiet. In the twenty-first century the occasional German bishop may be found opining that Pelagius might be right after all. Christianity put a check to the theory that power is self-justifying. There is no greater power than the power to forgive, to join the believer to Christ, to re-make the past.

Whatever else it did, the Pauline-Augustinian position introduced into the political bloodstream of the West a healthy fear of power unchecked.   This was evident in the tendency of political power in the Middle Ages to prefer subsidiarity, to reject royal absolutism as in Magna Carta, and to consider human justice at its best a reflection, albeit imperfect, of divine justice.  The inherently transcendent rule of law itself mirrors distrust or arbitrary power. Between 1500 and the Age of Revolutions (1640–1790) arbitrary power triumphed as the Church was nationalized and the other parts of the body politic subordinated to royal authority.   When the revolutions came, the new polities, especially the Constitution of the United States sought to limit arbitrary authority through the disbursal of power among the branches of government, a noble and partially successful goal, successful accidentally while resting on the Hobbesian principle that life is he unending quest for power among contending interests.

This still left our country with what at times seemed to be a monopoly of power.   Political power in a secular age is not seriously checked by extra-governmental interests of any kind.   Each exercise of state power can only be argued on a case-by-case basis. Perhaps the double defeat of Germany was just; perhaps Viet Nam was not.  Perhaps. Christianity teaches that power should always be exercised with humility; this I think may be the meaning of the third Beatitude, which means blessed are the gentle; those who do not insist or push. As history shows, and I mean by history not ‘history’ as Hegel envisioned it but the past, the attempt to exercise power without reference to God and his justice, pursuing the conviction that we can be good without him, will always court disaster.   It is better to exercise one’s power on behalf of another than on behalf of one’s. Thus Jesus’ washing of the disciples’ feet. Thus the Benedictines and monasticism generally. Thus, by the way, is being a father or mother.

In the twenty-first century power has found new means of achieving its will.  Language itself is power, and at present the public rhetoric is characterized by a new violence in which not only is shouting good, but it is noble to attribute motives and to lie bout one’s political opponents for the good of the country.  That there are reasons for this does not really mitigate. But in the end all power is from God, and before his just judgement earth and sky will flee away. Saint Augustine wrote a long book about this, showing that the pursuit of domination offers transitory success and long-term failure.