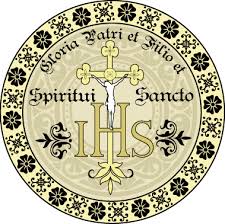 The Spirit Himself bears witness with our spirit that we are children of God. Romans 8:16

I have told you this while I am with you. The Advocate, the Holy Spirit whom the Father will send in my name will teach you everything and remind you of all that I told you. John 14:25–26

The background of the Gospel is a time of crisis.   The nation built upon God’s promise by David, after infidelity, exile, and defeat had come to an end with the occupation of Jerusalem by the surrogates of Rome, the Herodians and Pontius Pilate.  The Temple priesthood is corrupt.  There are accomodationists such as the Sadducees who believe that Jews must accept Roman Rule as the price of keeping their city and the Temple.   There are zealots, revolutionaries who want to end the Roman occupation violently.  There is the Sanhedrin, the great council, seeking always a way between these factions.  And there is expectation that the Messiah will come, perhaps to restore Israel to its Davidic greatness, perhaps as herald of the Day of God.

And then there appears from the desert one who procaims that the kingdom of this world is to be superseded by the kingdom of the new, repentant heart which the Messiah will bring.  God’s purpose will not be establishing His people secure in Jerusalem, but something greater.  Throughout patient ages, after the catastrophe of the rebellion of the angels and the disobedience of mankind, His purpose of calling mankind to himself, of giving us the new hearts that can open toward Him, is about to be accomplished with a promise that is the fulfilment of the words of Jeremiah, who had foretold the day when God would put the law in our hearts.    John records the Baptist’s promise that the one who came after would baptize with the Holy Spirit.   In Matthew John’s words are, “I baptize you with water for repentance, but He who is coming after me is mightier than I, whose sandals I am not worthy to carry; He will baptize you with the Holy Spirit and with fire” (3:11). Jesus says in Luke: “I came to cast fire upon the earth and would that it were already kindled.  I have a baptism to be baptized with; and how I am constrained until it is accomplished” (12:49).

The baptism to which Jesus refers is the baptism of blood on the cross.   It is this sacrifice that not only makes atonement for the sins of the world but which brings the Paraclete, the Holy Spirit, the comforter.   “I will pray the Father and He will give you another counselor, to be with you for ever, even the Spirit of Truth” (John 14:16).  And again, “I tell you the truth: it is to your advantage that I go away, for if I do not go away the counselor will not come to you; but if I go, I will send Him to you” (John 16:7).

Christ’s sacrifice was offered when none stood by to witness but His Blessed Mother Mary, Mary the wife of Clopas, Mary Magdalene, and the Disciple he loved, whom the Gospel of John calls to witness the reality of Jesus’s death as blood and water flowed from His side. What happened at Pentecost was the public celebration of the victory of the cross.  At the great feast Peter, by the power of the Spirit whose presence Jesus had purchased for His Church on the first Good Friday, interpreted the experience of the Pentecostal fire as the fulfillment foretold by the prophets (Joel 2:28–32, Jeremiah 31:31–34).  Then a great multitude from every corner of the Mediterranean world heard the Gospel in their own language or perhaps in a way beyond language, and then the procession of souls to the waters of baptism, a procession that would continue until the end of the age began in response to Peter’s words:  “Repent, and be baptized every one of you in the name of Jesus Christ for the forgiveness of your sins; and you shall receive the gift of the Holy Spirit.   For the promise is to you and your children and to all that are afar off, every one whom the Lord our God calls to Him” (Acts 2:38–39).

And so for a second time God calls our names.  When first He called we fled because we had sinned so that we hid from Him (Genesis 3:9).  Now God calls us to Him again, and at last we can answer out of the new heart He has given those He calls.   To a heart thus joined to Him, the Spirit of God gives comfort and counsel, He leads into all truth, He prays with us when we lack words, and He empowers the keys of forgiveness (John 20:19–23).  The indwelling of the Holy Spirit, that reality by which we know that He dwells in us and we in Him, is assurance that can be attested but which ever lies beyond empiricism.  It undergirds a new life.   Through Christ “we rejoice in our hope of sharing the glory of God. More than that we rejoice in our sufferings, knowing that suffering produces endurance, and endurance produces character, and character produces hope, and hope has not disappointed us, because God’s love has been poured into our hearts through the Holy Spirit who has been given us” (Romans 5:4–6).  This heart-knowledge Paul calls the firstfruits (Romans 8:23).  It is the living witness to “we who have the firstfruits” that God’s every promise will be fulfilled. We who have believed in Him “were sealed with the promised Holy Spirit, who is the guarantee of our inheritance until we acquire possession of it, to the praise of His glory” (Ephesians 1:14).

For there is a second promise:  that Jesus will return in glory to bring creation to its fruition in the New City, built upon the foundation of the Twelve Apostles of the Lamb, that comes down out of heaven from God (Revelation 20:1–14).  The New Testament portrays a people expectant in the belief that Jesus’ return is imminent.    Paul must assure the Thessalonians that those who have already departed will rise with those who will be alive when Jesus returns (I Thessalonians 4:13–18).   The author of the Gospel of John must correct the widespread belief that Jesus would return before the death of the Beloved Disciple (21:20-23).  Peter must answer those who ask, “Where is the promise of his coming?   All things go on as they have since the foundation of the world” (I Peter 3:4–9).  To this Peter replies that to God one day is as a thousand years; that God is not slow as we count slowness, but is forbearing and merciful, “not wishing that any should perish but that all should reach repentance.”

As it would develop in the life of the Church the Pentecostal presence in human hearts resulted in an unshakeable certainty that in God’s time Jesus’ promise that He would return will be fulfilled, so that after two thousand years Christians say Sunday by Sunday:  “He will return in glory to judge the living and the dead.”  Hearts possessed of the firstfruits, in whose hearts the Spirit dwells, do not doubt.   Whether that return will be tomorrow or after endless ages no man knows, but He will return, like a thief in the night, when we least expect him.

This truth is in its quiet way the hope on which the authentic life of the Spirit-blessed Church ever depends.   It is the illusion of the present age that the world we know is for all practical purposes eternal while our souls die with us.  Saint Peter reminds his readers that “the heavens will pass away with a loud noise and the elements will be dissolved with fire and the earth and the works that are upon it will be burned up.”  Meanwhile, the words of the Blessed Apostle Peter reach across the years to ask, “Since all these things are thus to be dissolved,” since this sin-soiled world has no future in itself, since its beauty and order are not its own but are borrowed from the world that is coming, “what sort of persons ought you to be in lives of holiness and godliness, waiting for and eagerly anticipating the coming of the Day of God?”