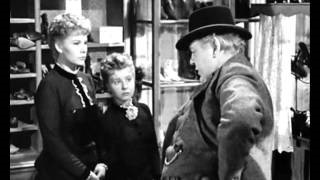 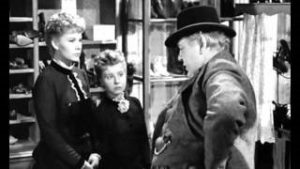 A “Hobson’s Choice,” as any slang expert will tell you, is no choice at all. And this hilarious and classic 1954 comedy, which stars Charles Laughton and John Mills, is the definitive illustration of this kind of choice. Mills is the boot maker to domineering boot-shop owner Charles Laughton, who lords it over his employees and three daughters by day, then indulges his taste for whiskey at night. Laughton’s “old-maid” daughter Brenda DeBanzie breaks free of her father’s tyranny, marries Mills, and together with her new husband sets up a rival boot shop when Laughton refuses her a dowry. Father rants and raves, but finally agrees to a merger with his daughter that will assure Mills a large measure of freedom over managing things. The winner of the British Film Institute “Best Film” award of 1954, Hobson’s Choice chalked up another international success for director David Lean and actors Charles Laughton and John Mills.