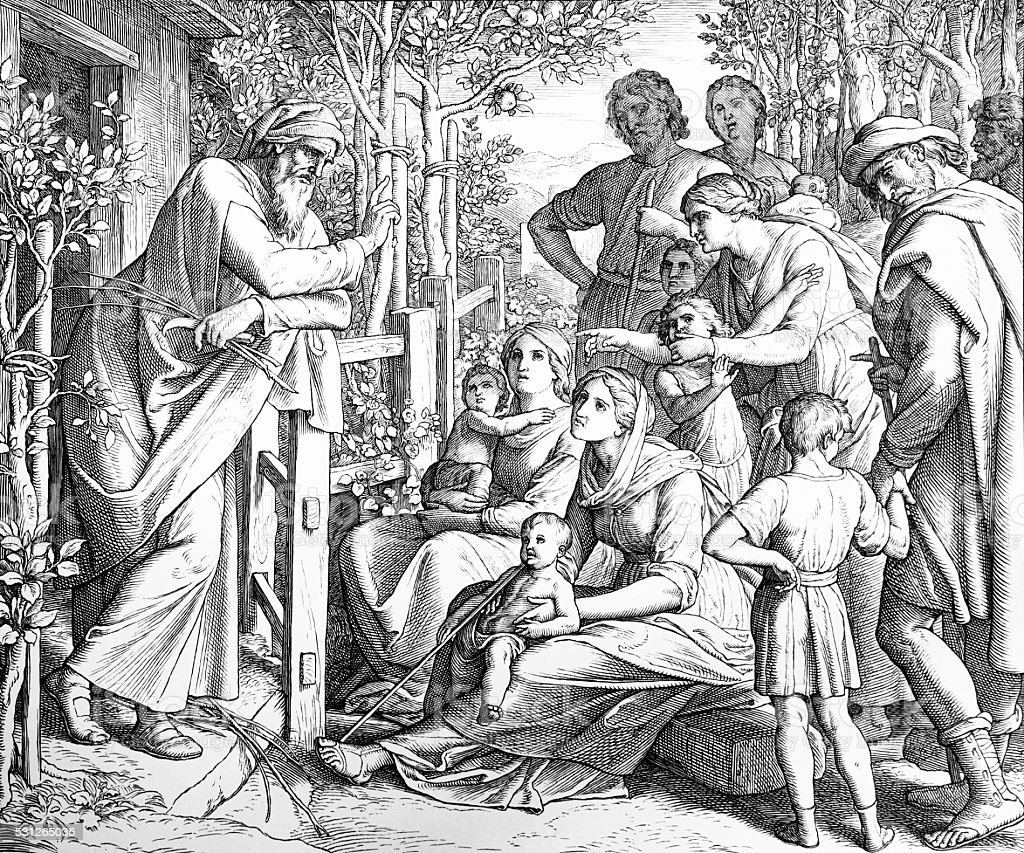 The prayer of the lowly pierces the clouds;
it does not rest till it reaches its goal,
nor will it withdraw till the Most High answers,
judges justly and affirms the right,
and the Lord will not delay.

Christ brought into the world and placed as the one thing necessary a virtue that while the Romans knew something of it was not the cultural standard.  What Romans knew and rightly feared was hubris, the overweening pride that destroyed  Oedipus, the-know-it-all Oedipus, who intemperately destroyed the Sphinx with a display of his own insight. Against such disordering brashness the poets warned; every educated Roman boy would have known the story.  But they would not have heard that something called humility is the mother of every virtue and to be most desired.  Perhaps they would have put in its place honor, or being respectable and respected, with an implication that the honorable man is virtuous.

Humility is different from hubris because it means locating oneself in relation to God as the lowest and in relation to others as being willing to serve.   Interestingly, in a Christian culture humility obviates equality.  It is one thing to claim one’s just share in the common good in which all have an equal share.  It is another to entertain that child of pride:  I’m as good as you are.  In fact nobody is as good as anyone else; we ought not make that claim of persons except most equivocally;  Jesus taught us that one alone is good (Matthew 19:17).  The great symbols of Christian behavior are images of condescension, beginning with the cross, when the Son of God emptied himself of his glory and came down to teach us and finally to die for our sins.   This is the image Christ gives to those whom he knows will lead the Church when he washes the disciples feet and warns them that  the servant is not greater than the master nor him who is sent greater than the one who sends them (John 13:3-17).   When His disciples fell to arguing among themselves about who should be the greatest, Jesus warned that while the great among the Gentiles exercise authority over their clients, it should not be so among His disciples; them He charged to serve one another, reminding them that he had come among them as on who serves (Luke 22:22-27).  Humility is the cousin of love because its attention is directed to the good of another.

The prideful love the powerful and well-off of this world, but the Lord loves the lowly because they and they alone will listen to Him.    To be lowly is to admit one’s insufficiency, to know that God created us and not we ourselves and to be aware that without his willing our existence moment by moment the dust, the mere vapor (James 4:14), that we are would be dissipated and gone.   And the first thing we know if we listen is that he cares for us, which means two things.   First, he will not leave us in our sins but will give us grace to attain to his high standard, and second He wills to bring us if we will come into his presence into that condition we  enjoyed when God held us in his arms and breathed life into our faces (Genesis 2:7); that is he loves us.

These things the humble may know; they are forever obscured from the knowledge of the proud.     To be proud is to need no one; to listen to no one, to be self sufficient, and this in the face of the fact that self sufficiency belongs to only one, to God; he alone is self-founding (Mark 10:18).   This is why God’s heart reaches out to the poor and to the poor in spirit or humble of every time and place who know they need him.   This is why Christ repeatedly tells us to ask, for to ask is to recognize our need (John 16:24). And of course He reaches out to the proud at the same time, but they cannot hear: “seeing they see not, and hearing they hear not, neither do they understand” (Psalm 115:6).  Wealth and pride not always but often go together, wealth always being a temptation to the illusion of self sufficiency, but while on one hand there is aways the barn builder (, who believes falsely that his riches can insure his security (Luke 12:16–21), there is also Joseph of Arimathea, a wealthy member of the council who gave Jesus the place of his burial (Matthew 27:57–60).

Humility undergirds a stance toward the world that Our Lord illustrated in the contrast between and the self-righteous Pharisee, who explained his virtues, touted his own righteousness, and the tax collector, a man despised in the culture of Jerusalem as the oppressive agent of a foreign power.  But the Pharisee is the image of pride, a lost soul, who tells us he is not like others:  sinners, adulterous,  while the tax collector is an image  of saving humility (Luke 18:9–14).

Not least among the damning attitudes of the proud is the belief that one is not like other men, but better.    Not only is this subjectively damning, but just as pride makes it impossible for us to hear the voice of God it makes it impossible for us to know others.  We humans are so very, but so interestingly, different, while at the same time we are very much alike.  The basis of our natural unity is our common human nature,  the basis of our supernatural unity is our common baptism which blossoms in the communion of saints.    Every person is facing some challenge, dealing with some disappointment, aspiring to some unrealized hope, dealing with disease or want of some kind.    Failure to appreciate this, failure to see that even those whom we believe blessed abundantly in this worlds goods, may have borne burdens we did not see and endured difficulties we cannot imagine.

Those who most need our prayers are the morally damaged, those beset by hatred that cannot be let go, by itches that seemingly cannot be satisfied, by lies that cannot be unsaid, by moral blindness, the frustration of hopes that we never knew.   To think that we are better than anyone is to claim knowledge that only God who knows the heart can possibly have. Better to assume that our neighbor, however successful and secure he may seem, is struggling with some of the same difficulties, disappointments, and unfulfilled aspirations as trouble our own lives.   The humble always have company; the proud are alone.