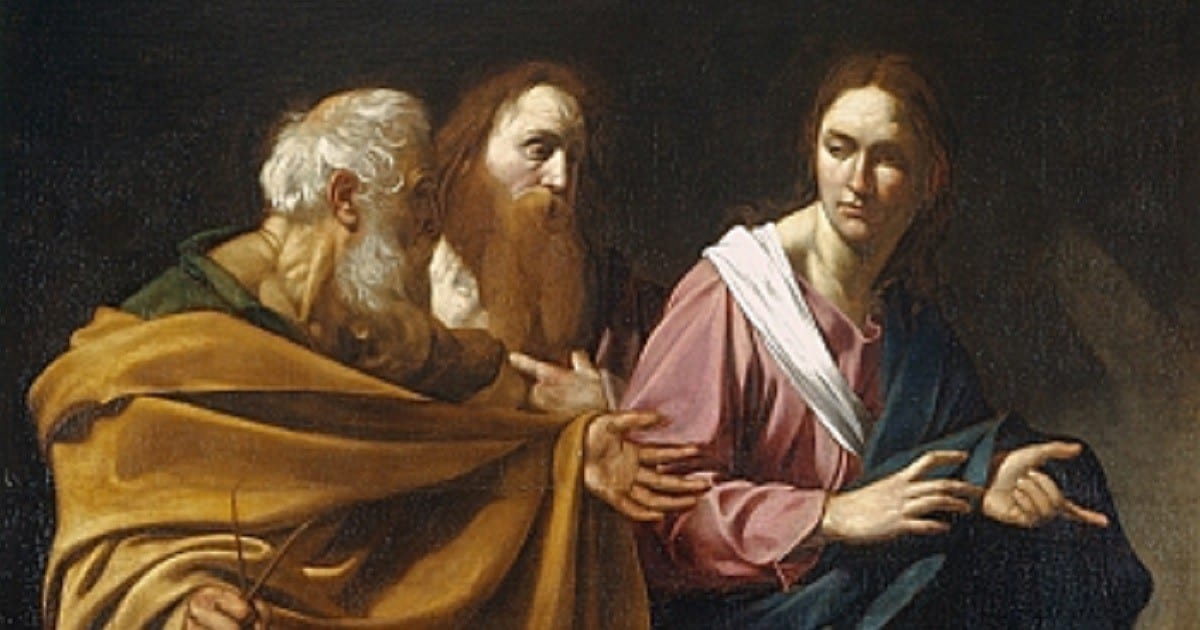 I forgave you your entire debt because you begged me to.
Should you not have had pity on your fellow servant,
Then in anger his master handed him over to the torturers
until he should pay back the whole debt.
So will my heavenly Father do to you,
unless each of you forgives your brother from your heart.
Matthew 18:34-35

One of the most certain axioms of the kingdom of the New Heart is Jesus’ command that we forgive to which is attached the glorious promise that if we do forgive we will be forgiven by Him whom we have offended.   It is given in the sentence following the great prayer:  “if you forgive men their trespasses, your heavenly father also will forgive you, but if you do not forgive men their trespasses, neither will your heavenly Father forgive you.”  The word for forgive used here means literally to “un-say,” to let it go, to blot it out.  A great and generous promise, to which is attached a great warning.  The lines quoted  above conclude the parable of the ungrateful servant, who, having been forgiven a great debt, turns upon his fellow servant with an unforgiving spirit and commands that he pay what he owes.  The unforgiving  servant, ungrateful for the generosity shown him, is given over by the Master to the torturers until he has paid in full.

We know that the son of Man has authority to forgive sins, for it was to establish this power that he healed the paralytic, first forgiving him his sins, then    exercising power over the evil that afflicted the paralytic’s body to establish His authority to heal the sin-afflicted soul (Luke 5:17–23). Jesus answers the Pharisees’ assertion that only God can forgive sins with the fact; the paralytic has been healed, and with this question. “Which is easier, to forgive sins or to say, ‘Take up your bed and walk?’”  To forgive sins is to release from eternal death; to heal the body is to forestall for a time the payment all must make to God’s decree that the sons of Adam must die.  The great power of divine forgiveness, the only power in heaven and earth that can change our past, is always there waiting, one condition being that we forgive from the heart those who have wronged us.  The pattern of true sorrow is the contrition of the prodigal Son, who freely confessed, I have sinned before heaven and before you, my father, and I am not worthy to be called your son.   True repentance acknowledges God’s justice.  It also affects the healing of our souls, which  cannot be made fit for the company of angels and saints unless we confess our sins without excuse and ask God’s forgiveness, which is always quick and generous.  The love that forgives is always unfair.  We deserve death, but God, by the sacrifice of the cross lets our sins go.   And so we dare not hold grudges and deny forgiveness to those who have wronged us, even if they do not ask.   On the cross Jesus asked of his father:  Forgive them, they do not know what they are doing (Luke 23:34).   One of our contemporaries, a great follower of Christ, put it this way: “People are often unreasonable, irrational, and self-centered.  Forgive them anyway.”

Perhaps now the great temptation for Christians is more political than personal.  What of the vast number who perhaps have not  wronged us personally but who have damaged the comity of our national community  and darkened our culture by urging principles that violate God’s law?   Government requires consent and consent presupposes discussion, even argument.  In the Roman republic there were the Optimates, those who stood for the best, and Populares, the popular party, and occasionally their differences led to political chaos.  One supposes that in fifth-century Gaul there was a pro-Goth party and a party consisting of die-hard Romans.   Mid-Victorian England was divided between the Liberals and the Tories.  These represented different political visions and were the source of heated rhetoric.

Democracy, in a situation in which there are radically different ideas of the situation of persons in the moral universe and in the cosmos, fed by universal, inescapable  communication, brings into the world a new evil, unforeseen by the Fathers, a world in which Christians, faced with the destruction of a culture built upon the witness of the martyrs; is mocked and neglected find anger near at hand.  Private sins may now become public and outrageous.  There are now political parties that condone behavior that have no public regard for God’s law and who have taken up the position, repudiated in the first Christian document, that unborn children are disposable.

One answer as Christians confront these evils is that until these political sinners repent we are justified in disliking them, indeed hating them, because their proposals are hateful, easily confusing their persons with their deeds.  The evening news can now often be a near analogy to the  five minutes hate that was the religion of the Brave New world.  And this hatred can all unwittingly create a new slavery, as hatred always does.  Perhaps it is the case that the only Jews who are truly free from the incredible cruelty and murderousness of the National Socialists are those who have somehow forgiven them.   Perhaps it is true that only those who have forgiven the practitioners of infanticide, the subtle advocates of state slavery, the destroyers of souls,  are free of these evils, evils which because of its virulence  and violence so easily become an obsession, unintelligible and hateful to those who love Christ’s truth.

These points made, it remains the radical responsibility of every Christian to remember the burden of Christ’s words and the example of the prodigal’s father, who while his son was yet at a distance saw him and had compassion.    God sees every sinner, no matter how far from home they or we may be, who may now or in the future be on the way and calls out to their hearts and has compassion which they may not know and may not recognize, hoping that they will ask.  God’s love for the unrepentant  wrongdoer and offender, goes before them, and God’s will for them is better than our sense of justice.

Perhaps we Christians have become a people of small vision and small hopes, content to pursue our path and say our prayers if only we can be left alone as we watch what once seemed a Christian culture disappear.   But this is not the great tradition that claims the world for Christ. Exercising inspired faith, Clement of Rome, writing about 85 or 90, when Roman Christians may have numbered a few thousands, although intensely interested in the rebellion in Corinth and narrowly focused on healing it, wrote against the larger canvass of his appreciation of God’s cosmic call to the elect of every nation, and his prayer, the great prayer that concludes his letter,  was not only for the faithful in Rome and Corinth, but for that innumerable  and unknown number whom God would call out of darkness into  his light.  “Thou art the helper of those in danger and the savior of those in despair, the creator and watcher over every spirit; thou didst multiply nations upon earth  and hast chosen out from them all those that love Thee. . . .  And Let all nations know Thee, that Thou art God alone.”  Every proponent of principles that violate God’s justice, everyone who had been unjust to us or knowingly violated God’s law, every official thief who wishes to appropriate unjustly what is not theirs,  is in the providence of God a candidate for the kingdom of the New heart.  Perhaps he or she will be among God’s elect.  Perhaps he will ask forgiveness.   Whether that will occur or when we do not know, but we know that we are not enemies, that we are to love them and pray that they may one day be our brothers in Christ.