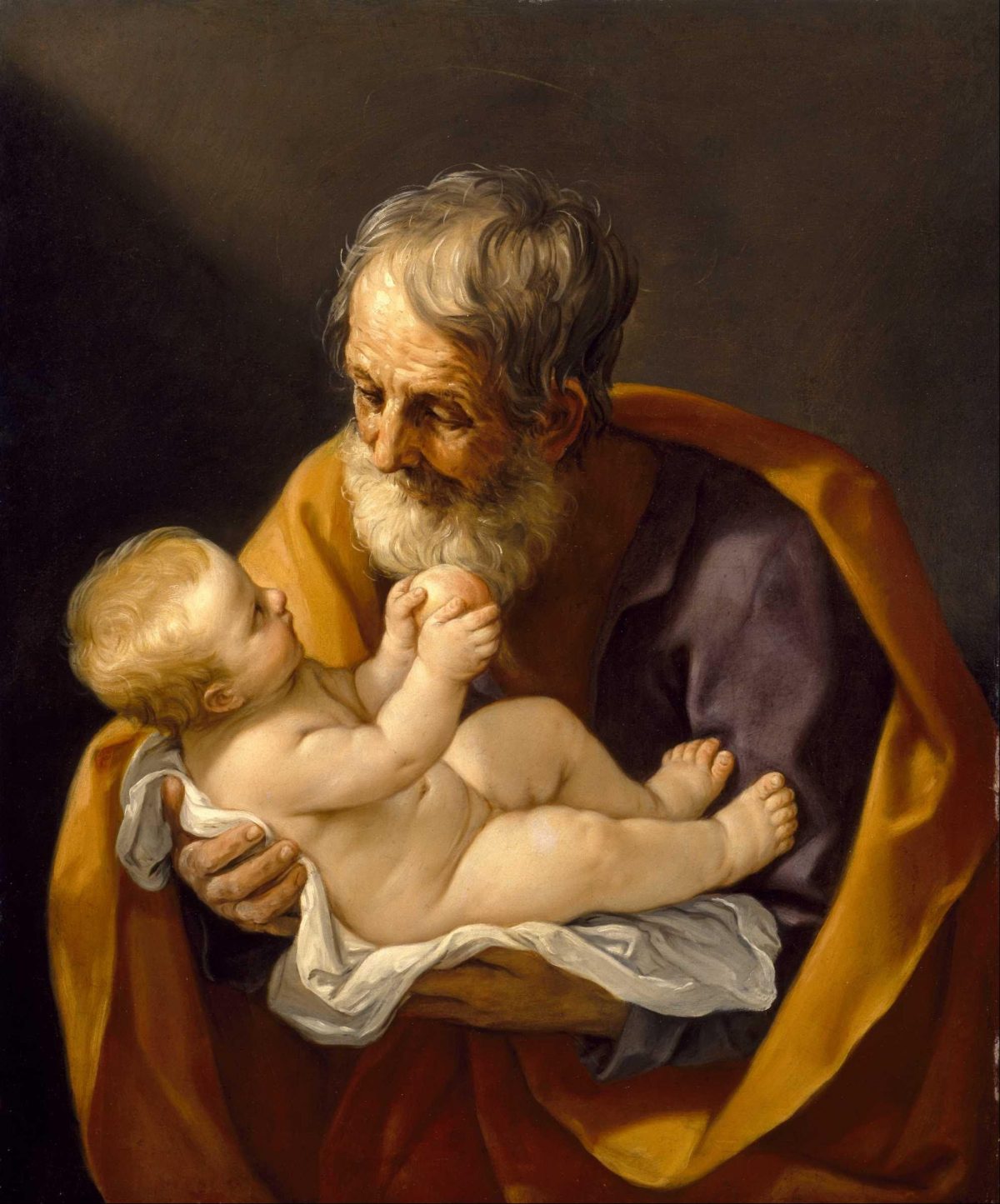 Christmas has twelve days, counting Christmas Day as the first and ending just short of the Feast of the Epiphany on January sixth.  In the   traditional Roman rite the season of Christmas is longer, lasting until  Lent. But the twelve days, and especially Christmas day, is a time of gift-giving and happiness.  Yet the apostles as they heralded the good news across the Roman world did not begin their proclamation with the story of the baby in the manger, worshipped by shepherds and kings.  They spoke to the condition of the audience to whom they had been sent, men under the wrath of God, living outside God’s will and presence, destined for failure to achieve their divinely-willed destiny.  The apostles began with the cross, with Christ’s death for the remission of sins and with a new life of discipline and sacrifice. Paul is clear that the salvation of mankind began when Jesus was born of a woman, born under the law, but he does not tell us her name (Galatians 4:4).

By the end of the first Christian century there had grown up an alternative interpretation of the Savior, with many, infected perhaps by the Hellenistic presupposition that the body was doomed to meaningless distinction and the soul by nature kin to the divine, denying that Christ had come in the flesh, insisting that Jesus was somehow a theophany.  Notice of this heresy occurs as early as the first letter of John, who denounces those who say that Christ had not come in the flesh (I John 4:2–3, II John 7–9).   This is an early chapter in the battle  for the humanity of Jesus, like us in all things but sin (Hebrews 4:5).    Irenaeus, in a long book written bout 185, called these deniers gnostics, knowers or intellectuals, among whom salvation was not to be achieved by repentance and regeneration through the Holy Spirit but by the ecstatic appropriation of a world system in which creation itself was ultimately an illusion while salvation consisted of a kind of self-knowledge.

The battle lines once drawn, Gnostics were bound to deny even the reality of Christ’s death, which is surely the reason the Gospel of John is careful to depict the Beloved Disciple standing by the cross so as to see  blood and water flow from the side of the dying Savior (John 18:35, I John 5:8).   At some date unknown, the question of Christ’s birth  would surely have arisen.  For gnostics there may have been no specific time when the heavenly Savior descended into the redeemed souls of the enlightened, but this would have been a fair question:  If Jesus was born like any other man, when and where did this birth take place?   There might then have ensued an intense interest in the life of Christ before He began to teach.  What was His childhood like; where was He born, and to whom.    It would be now that Mary might begin to tell of the things she had previously hidden in her heart, of the angel’s salutation, the visits of the shepherds and the wisemen, of the time when she and Joseph had lost their son because He was listening to the doctors in the temple (Luke 2:19, 51).   And naturally the question of the day of Jesus’ birth would arise in the public forum of apology and counter-apology.

Mary’s account and Joseph’s would influence the writing of Luke (1:56–2:52), and  perhaps also Matthew (1:18–2:23).  Saint Ignatius, writing about 110, probably knew the story of the star that shone over the stable (Ephesians 19).   Saint Irenaeus had discerned the importance of Mary in the economy of salvation.   But there was still no recorded certainty of the date of the Lord’s birth.   Perhaps Saint Hippolytus knew December twenty-fifth, but scholars warn that this date for the nativity, inserted in a manuscript of 204, may be a later interpolation.   The Feast of the Resurrection was celebrated early, for every Sunday was a commemoration of the Resurrection, the promise with which the apostolic mission led.  At least there was controversy about it in the pontificate of Victor of Rome (189–98), who threatened, ineffectively, to excommunicate all of Asia because they stubbornly preferred the date form the Jewish calendar to the Roman custom that Easter should be celebrated on a Sunday (Eusebius, Church History, 5.14).

While there are earlier references to the birth  of Christ on December twenty-fifth, there is no document citing that day as the Feast of the Nativity until 354, when a calendar or almanac made  by a famous illustrator Filocalus for the Roman nobleman Valentinus contained the casual note that December twenty-fifth is the feast of the Nativity.  At some time in the past the Church had found Christ’s birthdate and made it a great celebration.

Subsequently there has ensued much speculation as to why we know this date or why December twenty-fifth was chosen.  The simplest explanation is that the Blessed Virgin, who knew the angelic salutation, the flight into Egypt, the visits of the shepherds and wisemen, also knew the date of her Son’s birth, which knowledge at the right time passed into the memory of the Church.  There is also the thought that Christianity, with its assimilative power, may have taken over the Roman festival called Saturnalia, a period of merriment and gift-exchanging that took place between 17 and 23 December.  Slaves were allowed a temporary liberty to do as they chose; masters waited on their servants at a table  There was a general atmosphere of freedom that made the philosopher Porphyry reflect that the festival foreshadowed the freedom that awaited immortal souls. And in addition, December twenty-first was the winter solstice, after which the days would grow longer, signaling the conquest of darkness by the unconquerable sun.  Certainly it was true that the Church had a history of displacing certain Roman festivals with Christian celebrations.   To cite one example, the feast of Lupercalia, celebrated in early February, involved the (unusual) sacrifice of a goat and a dog, whose blood would be smeared on the Luperci, who then would run a race. The Lupercalia was still celebrated in 494 when Pope Gelasius I banned it and substituted the Feast of the Purification of the Blessed Virgin.  As a noted scholar remarked, the relation among these Christmas-time festivals, the Christian Feast of the Nativity, the winter solstice, and Saturnalia “has not been established.”

And there is this to be observed.  Doubt that Christians remembered the day of Jesus’ birth, even granting that such knowledge may not have been  important until the controversy with the Gnostics made the details of Jesus’ biography significant, is an attitude fathered on the legend of antique incompetence by the progressive myth read backwards.  For reasons unknown, perhaps due to the persisting renaissance pride that we are better than our forebears, much contemporary scholarship builds upon an unenunciated ‘progressive’ presupposition that Christians in the first century were ‘primitive’ in the sense  that they were uncertain of the day on which they were born and more open to historical confusions and ignorant superstition than moderns, many of whom believe that life on earth will become impossible due to global warning within eleven years and not a few of whom believe that socialism, which reliably enslaves, is the path toward true freedom.

This  misplaced pride in our present knowledge and willful ignorance of the past is the darkest side of the myth of progress.  If between 1900 and the present we have in imagination progressed x, projecting the inevitable progression backward, as what must be regression, to the first century in increments of x must leave the first century in Stygian darkness. In fact many dates from the past are forgotten, but some are remembered, and the citizens of the Age of Augustus were no less capable of remembering than we.   It is just possible that when the Church looked, it found that the correct date was December twenty-fifth. The Blessed Virgin Mary certainly remembered the day when Jesus was born in the stable in the little town of Bethlehem.