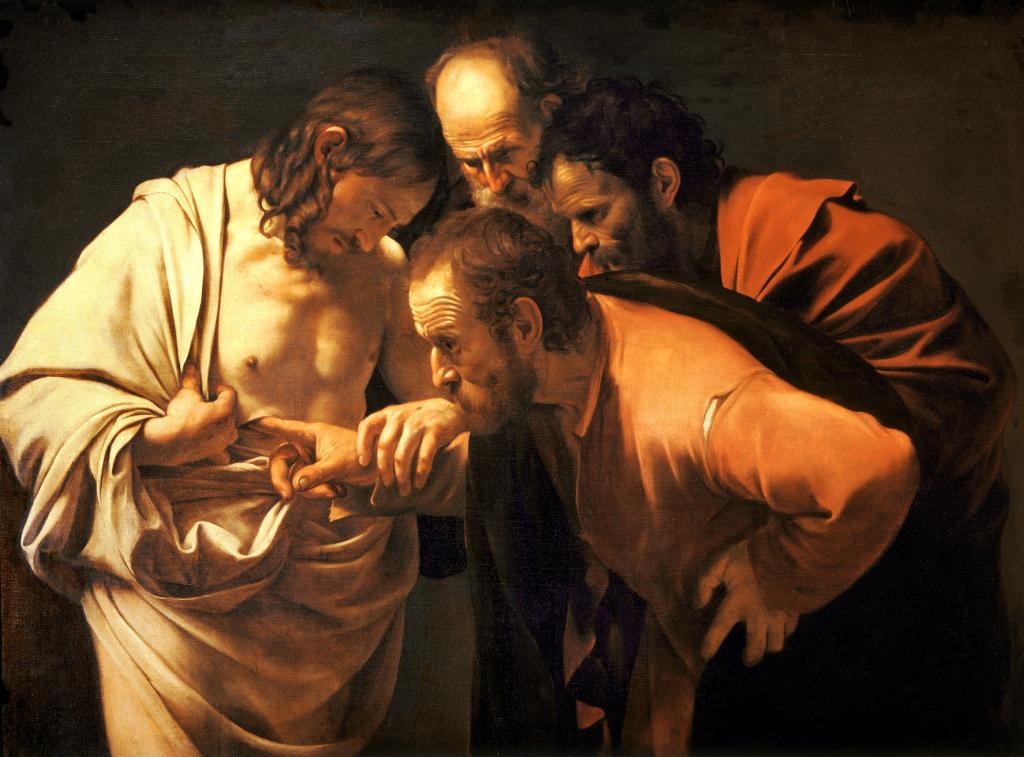 Thoughts on the Gospel
for
the Third Sunday In Easter

But if anyone does sin,
we have an Advocate with the Father,
Jesus Christ the righteous one.
He is expiation for our sins,
and not for our sins only
but for those of the whole world.
I John 2:1

Christians know that Jesus is the Lamb sacrificed, the one full perfect sacrifice offered by the Son of God Incarnate in order to purchase forgiveness of our sins and to send the Holy Spirit of God into the world, creating the kingdom of the new heart.  The text superscript, which assumes that we may sin, tells us that  His work of expiation for our sins continues throughout time.

Here is a great mystery.  The Letter to the Hebrews tells us that Christ is always able throughout all time “to save those who draw near to God through  Him, since  He always lives to make intercession for them” (Hebrews 7:25).  The Prophet John, through the open door into heaven, saw the Lamb standing as though He had been slain, the seven-fold Holy Spirit proceeding from His eyes into the world.     Christ’s work of offering Himself “not for our sins only but for the sins of the whole world,” even as  He lives in glory “between the throne, the four great living creatures, and the elders, eternally praised in creation’s new song.

Worthy art thou to take the scroll and to open its seals,
For thou wast slain and by thy blood
didst ransom men for God
From every tribe and tongue and people and nation,
And hast made them a kingdom and priests to our God
And they shall reign on earth
(Revelation 5:9–10)

One might ask, “But does Christ need to make intercession for us since we are justified by faith, by baptism, justified in God’s sight anyhow.    And to this there must be a resounding yes.  Sin is an action which we may hope by grace to avoid, but sinfulness is a weakness of human nature that guides us away from the cross of Christ, into reliance upon ourselves.  The best of us is imperfect.   Oh God cleanse me from my secret faults, sometimes faults so secret that we do not recognize them in ourselves.    And in any event our relation to God is not exhausted in our avoiding sin, for there is an arid sinlessness, opening upon pride, that can be worse than sin itself.      Christ’s intercession is not only a rescue mission; it is an external relation of love which means that we live within a forgiven and grace filled life during which Jesus eternally pleads before the Father for us.

Is this pleading, represented so  graphically by the image of Christ sanding as though slain seen by the prophet John, an eternal crucifixion for the Son of God Incarnate?   The answer must be no.  Saint Paul says truly in Romans 6:9:  “Christ having died dieth no more.”   Yet we know that Christ resurrected in glory still displayed the wounds in His hands and in His side.   We know from the prophet John that He bears them eternally.  But now they are not signs of His suffering but of His triumph.    Were Jesus not to bear them in glory we might assume that the work of the cross is done, but it goes on forever.  Just as the sacrifice offered at the Christian altar does not imply a new and painful death but brings into the present and makes efficacious the one full perfect sacrifice, just so the appeal for forgiveness is addressed to Christ in glory whose hands and side still bear the marks of the nails and lance of Golgotha, without which sacrifice in time sins cannot be forgiven.

In the Middle Ages a great devotion to the Five Holy Wounds developed, Many medieval prayers in honour of the Sacred Wounds, including some attributed to Clare of Assisi,  have been preserved; St. Mettled and St. Gertrude of Hefts were especially devoted to the Holy Wounds. In the nineteenth century the Passionist Fathers encouraged the Chaplet of the Five Wounds, as a means of promoting devotion to the Sacred Passion of Christ in the hearts of the faithful. For students of English history it cannot be forgotten that the rising in the north in 1534 against Henry VIII’s destruction made its way toward London to petition the king for the restoration of the Mass under the banner of the Five Holy Wounds of  Jesus.   It would be an oddity of the new English religion that reminders of the suffering of Jesus were not popular with the government, the crucifix being forbidden in parish churches.