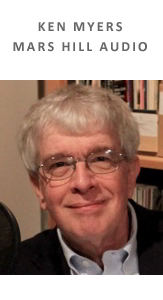 “The Risks of Repudiating Reality:
Timely Lessons from Lewis’s The Abolition of Man”

In 1998, during the centenary of C. S. Lewis’s birth, I had the privilege of interviewing philosopher and ethicist Gilbert Meilaender, prompted in part by the reissuing of Gil’s book The Taste for the Other: The Social and Ethical Thought of C. S. Lewis, originally published in 1978.

During our conversation, we talked about the distinctive qualities of Lewis’s writings, particularly his works in Christian apologetics. Gil said that he thought that Lewis’s success as an apologist was tied less to the cogency of his arguments, and more to the vitality of his imagination

“His work is so fundamentally imaginative, I think he’s not so much trying to argue anybody into thinking something as he is simply trying to help us understand what it would mean to believe something, through the enormous gifts he has for illustration and metaphor and story. A great deal of what he does is simply trying to think through what the world looks like from a Christian perspective, make it understandable and make it come alive for us.” END_OF_DOCUMENT_TOKEN_TO_BE_REPLACED

Modernity and the Magician’s Bargain:

PDF of this article: ken-myers_repentant-science

In the past few years, we have witnessed the publication of a number of books by very angry atheists. The tone of these books has been remarkably intemperate; “Jeremiad” is a term that comes to mind, but it’s not an apt term to describe these books, since it suggests some higher cause being served; intoning prophets were channeling divine wrath, not simply their own, and the last thing authors like Richard Dawkins and Steven Weinberg want is to identify their complaints with some transcendent cause.

But I can’t escape the irony of the tone of righteous indignation in these books. Rarely has the case for the superiority of cool rationality been made with such irrational heat. Commenting on Richard Dawkins and on a number of hysterical op-ed pieces published when the film version of The Lion the Witch and the Wardrobe came out, sociologist Frank Furedi observed that “the vitriolic invective hurled at Christian believers today is symptomatic of the passions normally associated with a fanatical Inquisitor.”1 Such violent rhetoric gives one little confidence in the premise that religious belief is the main source of violence in our world, and that eliminating religion would leave room for intrinsic human niceness to flourish.

Some of the anger is clearly related to the fear of religious extremism in a post-9/11 world. Many complacent secularists can’t imagine that anyone in the twenty-first century would suffer a minor inconvenience in the name of religion, let alone give one’s life and take a few thousand other lives along with them. Suddenly, people who had been superficially celebrating diversity and tolerance and the rational manageability of human life came face-to-face with a diversity they couldn’t fathom, let alone tolerate or manage, and some of them seem to have come unhinged. But I believe there is a deeper fear evident in the rhetorical style of many of the antireligious screeds in the past several years. While these writers insist that belief in God is irrational, they believe firmly in the modern liberal assumption that the hope of human progress could be realized through two principal mechanisms: scientific advancement and, in sociologist Craig Gay’s summary phrase, “the liberation of individuals from the repressive constraints of religion and tradition.”2 It’s bad enough that religions continue to inform the private lives of individuals, but when religion questions science, especially the science of evolution, then all hopes of human progress are threatened. END_OF_DOCUMENT_TOKEN_TO_BE_REPLACED