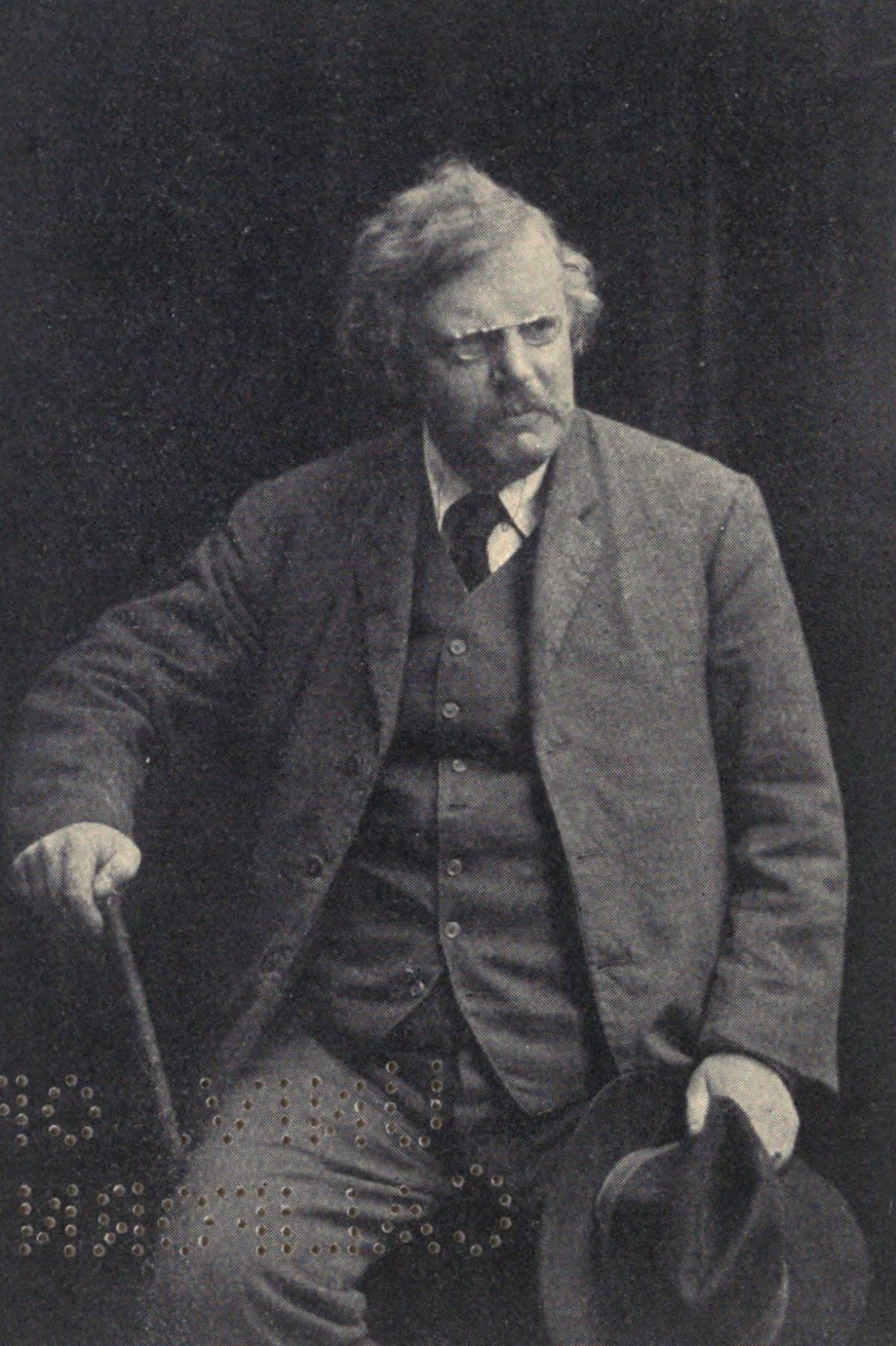 There is one thing that is infinitely more absurd and unpractical than burning a man for his philosophy. This is the habit of saying that his philosophy does not matter, and this is done universally in the twentieth century.

The years between the death of Queen Victoria in 1901 and the outbreak of the Great War in August 1914 seemed in many ways the happy apotheosis of sixty years of Victorian progress and prosperity. The Empire had grown; Britain’s African possessions had expanded and in 1904 the French vacated their interest in Egypt in favor of the British.

The century had begun with no sense of impending change.  Maurice Baring wrote of the nineties: “To those who lived in London during this period there seemed to be nothing unusual about the place. The process of change which is never ending was, as it always is, imperceptible to those who were partaking of it. We had no idea we belonged to an epoch.” But behind the facade of country houses and imperial progress the un-Christening of England, its technical and political remaking, was accelerating toward the watershed of the war and toward the post-war moral universe peopled by Eliot’s “small house agent’s clerk,” for whom love of the lady has been reduced to banal lust, and by the smart young things whose ways were imaged in Evelyn Waugh’s Vile Bodies (1930).

Isabel Colgate’s Shooting Party captured the ambiguities of the post- Victorian culture that formed the matrix for Chesterton’s early intellectual maturity, its glittering surface and the eddying darkness that lay just beneath it. The tensions and fragility of a passing order are memorialized in the novel’s penultimate scene, in which Sir Randolph Netterby, an iconic Oxfordshire squire, comforted a beater accidentally wounded in the frenzy of the shoot by a nobleman whose ungentlemanly zeal was fired by his commercial interest in the sale of rifles.  Sir Randolph met the dying servant’s request for more prayers with Cranmer’s timeless words.   The daughter of the house, much taken up with a visiting Hungarian count, rejected his suit after his offhand comment that the wounded servant was after all only a peasant, seaming up the widening chasm between the classes with her words, “But you see we knew him.” The film ends with an enumeration of the guests who would die in France and Flanders, but its penultimate lines are the words of a lover to his beloved, met on the shooting party in that glorious autumn of 1913, “While we can, for as long as we can, oh, let us believe.” The flaws that brought this world, a world in which the idealism of Ruskin cohabited uncomfortably with Mrs. Pankhurst’s suffragettes, to an end, are foreshadowed by Sir Randolph’s reflection that the coming trial of strength with the military regime in Germany might leave England, now money-mad and governed by his own increasingly uncaring class, stronger and purified. The dying beater’s last words, after Sir Randolph had recited for him the Lord’s Prayer, were, “God save the British Empire.”

Just at that moment, in the golden afternoon of Edwardian opulence, saving the Empire had begun to exact a moral cost that would soon be too high to pay. The century had opened on the Boer War, in which the entire might of the Empire and 200 million pounds were required to defeat 20,000 Dutch settlers in the Transvaal and Orange Free State. The Irish troubles festered, erupting in1919 in the revolution that made all but the heavily Protestant four northern counties a free republic. And there were other deeper troubling signs, movements that had like pounding surf against a sturdy sea dyke persisted but not prevailed suddenly rushed across the barrier to remake the intellectual landscape of England. An ordered organic society had persisted in Britain, the only European country not remade by Napoleonic decree, as nowhere else, but as the Edwardian reign matured the rationalist, bureaucratic abstractions defeated at Waterloo, represented in England by land reform that destroyed the great estates, women’s suffrage, and the defeat of the property qualification for electors became irrepressible. Asquith wrote Lord Knollys, King Edward’s private secretary, “We are face to face with the Socialist difficulties that loom so large on the Continent. Unless I am greatly mistaken, the election of 1906 inaugurates a new era.” Ideas unthinkable at Victoria’s jubilee in 1867 walked abroad in Workingmen’s Institutes and London clubs. Beginning with the landslide that brought Asquith’s Liberal Party to power in 1906, the ever-widening democracy of England rebelled against its last faintly medieval institution, the House of Lords, leading to the crisis of 1911, in which the Lords were gently bullied by George V into seconding their own irrelevance.

Secularism, which prevailed in France in 1905 with the formal severing of the bond between Church and society, proceeded in England not through disestablishment but through education bills and rural migration to the city in the fashion of the patriarch of Galsworthy’s Man of Property, weakening what remained of the Church of England’s hold on practice and imagination. The industrial revolution that in the last half of the Victorian century blackened Manchester, Birmingham, and Sheffield, in the Edwardian years came to the streets of London and county towns in the chugging, hooting shape of the automobile. It came in a more immediate and devastating way to the battlefields, where in the Great War of 1914–1918 the mechanisms of death, offspring of the successful new technologies, perfected in the Crimea and the American war of 1861, made courage seem first desperate and then surreal.